Toronto After Dark wrapped up on Friday with a rousing double-bill of the wonderfully fantastic mermaid musical The Lure, and the uber-anticipated local horror production The Void. 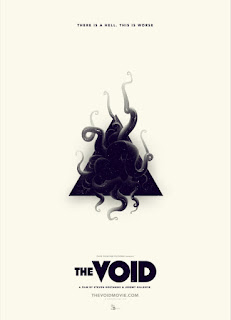 It seemed I'd been waiting so long to see this movie that it was almost surreal when the opening title came up. The Void was pretty much what I was expecting and hoping for when I pledged money to their IndieGogo campaign over a year ago. I wanted a waking nightmare filled with slobbery monsters and unadulterated chaos, and that is what Steve Kostanski and Jeremy Gillespie delivered.

First and foremost, the creature effects were sublime. Kostanski is not only a wizard at practical effects, but he also knows their limitations. He knows how to show them to get the maximum oh-fuck-what-is-that? response on the viewer. His designs were indescribably horrific and I give him full props for bringing forth such originality in a genre that often just uses existing templates. It was also refreshing that no studio stepped in at the eleventh hour and CG'd over all their hard work. 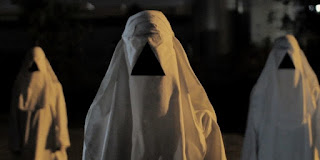 Yet the creature effects were not the only thing that really impressed me about this movie. Even though it shares DNA with genre classics like Assault on Precinct 13, Prince of Darkness, The Thing, Hellraiser, Event Horizon and The Beyond, The Void never felt like it wasn't its own entity. It's also not showy about being a period piece either. Nobody was playing with a Rubik's Cube or listening to Duran Duran on their Walkman, it was just that about a half-hour in that I realized no one had pulled out a cell phone. The Void goes beyond homage.

If I had one criticism though, it was that the creature effects were so good that they overshadowed everything else. Though I had no real problems with the performances and story, I was always waiting for the next set piece. Kostanksi & Gillespie knew what they were doing though. Having confidence in their visuals to shock and horrify, they let them take center stage and, in complete contrast to the movie that screened the day before, rarely resorted to cheap jump scares.

It was a long journey to get The Void made, but I think Kostanski and Gillespie should be very proud of what they accomplished here. Not only did they make an honest-to-goodness creature feature, but they have also successfully broken out of the comedy-laden mold of their time with Astron 6. I have now crossed over into The Void and so should you.
Posted by Jay Clarke at 5:00 PM