This past weekend saw the third edition of Horror-Rama descend on the Big Smoke.

The organizers Chris Alexander & Luis Ceriz have prided themselves on delivering a convention that celebrates horror media in all forms. Horror-Rama is designed to be a more intimate experience, where attendees can mingle with their favourite icons and hangout with fellow cinephiles and collectors.

And once again, they have delivered. Switching to the showroom across the hall within the Hyatt downtown, Horror-Rama this year was home to almost fourty vendors and several celebrity guests that included Bill Lustig (Maniac), Jeff Lieberman (Squirm), Geretta Geretta (Demons) and Dyanne Thorne (The Ilsa series). 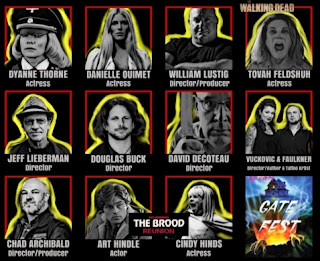 I unfortunately didn't get to spend as much time there as I would have liked, as I had double duty with Toronto After Dark on the Saturday, and killer fucking traffic on the Sunday, but I did get some time on the floor. 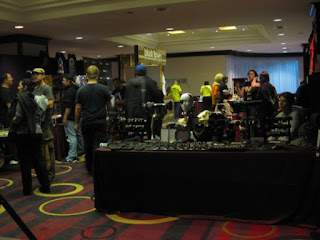 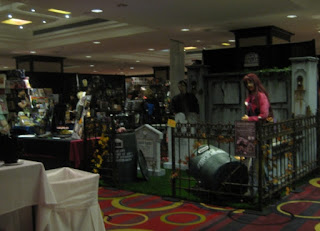 There was even a dedicated booth for the classic eighties horror flick The Gate featuring not only Joe Hart's impressive collection of memorabilia, but also two actors involved with the production, Linda Goranson and Jonathan Lyr were in attendance. 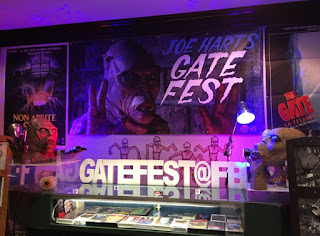 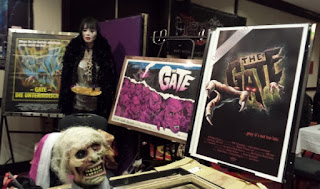 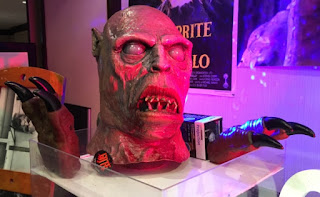 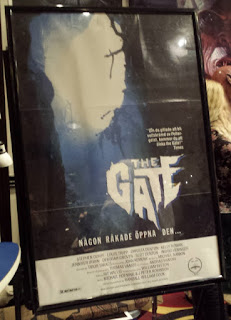 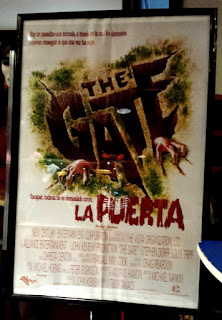 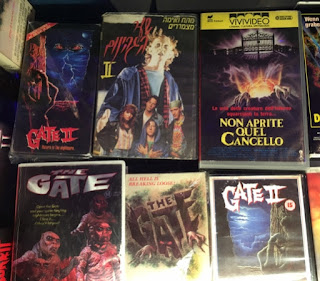 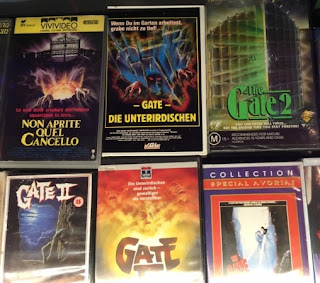 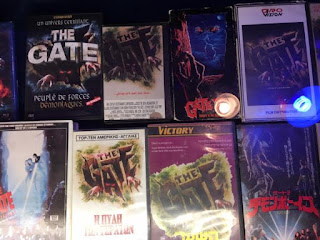 Though there was a conspicuous lack of poster vendors this year (Suspiria was the only one I recall), VHS was still about in full force. I picked up these beauties below fairly early on. 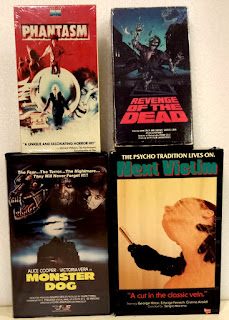 One of the things I was looking forward to was the line-up announcement for this year's Blood In The Snow Canadian Film Festival.

Now in its fifth year, I am pretty stoked about some of the titles which include the much anticipated 24 x 36 poster documentary, Black Fawn's new thriller Sublet, and Jason Armstrong's Inspiration starring Emily Alatalo. For more info on the fest, click here.

Even more awesome was the unveiling of a joint venture between Black Fawn and BITS called Bloody Bits, a collection of eight fan favourite shorts from the past four years, including - wait for it - my short film Lively! 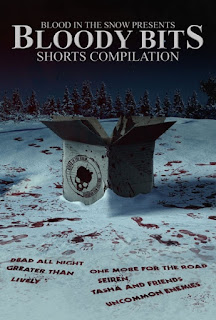 I'm so glad I can finally talk about this. Looking at that poster is almost surreal. I believe they are hoping to have the DVD ready in time for BITS.

But, enough about me. I was super stoked that Lustig & Lieberman, basically two of the most important figures in independent American horror, were there. I usually don't get autographs, but I couldn't resist getting Lieberman's. 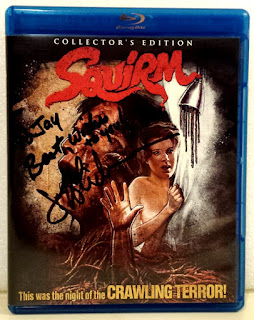 The guy's just such a straight shooter, yet incredibly affable. I've always maintained that he has one of the most pure and original voices in horror. This leads me to the panel where Lustig, Leiberman, David Decouteau (Puppet Master III, Creepozoids) and Chad Archibald (Bite, The Drownsman) talked about surviving the film business. Check it out below.


So, it was another great year at Horror-Rama. Hopefully next year, I'll be able to spend a little more time there. There's always an embarrassment of genre riches in October. Anyway, check back tomorrow for my continuing Toronto After Dark coverage.
Posted by Jay Clarke at 12:30 PM