I’m going to forego the DKTM bit this week because I want to focus on a couple of upcoming PS3 games. 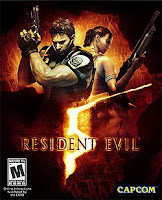 This week, I got to check out not one, but two huge game demos. The first was Resident Evil 5, which comes out March 13th. A demo finally released on the PSN, a week later than Xbox Live. You know, for a Japanese company, Capcom doesn’t really show Sony a lot of love. They’ve been snubbing the Playstation for years now. The Resident Evil franchise was a mainstay for the console in the nineties, but starting with Code Veronica they seem to be distancing themselves. Veronica came first came out on Sega Dreamcast in 2000, with a port to the PS2 over a year later. This could have been a programming issue because CV did look better on the DC, but then later Resident Evil Zero never even made it to the Playstation. Even the PS2 version of the groundbreaking GOTY Resident Evil 4 was a later port from the Gamecube. My question is why is that? I imagine there was probably some sort of exclusivity agreement in place somewhere and if so, that sucks. Anyway, enough of my bitching, how is the new game? It’s pretty wicked. I have to admit is does take time to get used to the controls. At first, they seemed really clunky, and left me thinking ‘I don’t remember RE4’s being this cumbersome’, but by the end of the demo I was already getting used to them. The controls aren’t ‘broken’ (which is a word I see thrown around message boards lately); they are just not as streamlined as the ones we are accustomed to in popular first-person-shooters. Another thing that I realized was that, at least from the demo, it appears that RE5 is really just a prettier version of RE4. My initial disappointment disappeared when I then thought, ‘it's a prettier version of RE4.’ I can’t really complain about that. The only other thing that jumped out at me (besides an angry horde of zombies) was how much this movie… ahem, I mean game… was designed for co-op. I’ll really have to try and get one of my friends on board for this. Overall, I’m fully stoked to see where this latest Resident Evil adventure takes me. Check out some demo video below. I could only figure out how embed the SD version. For the HD version, click here. 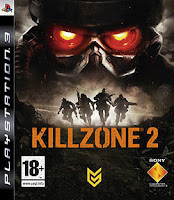 The other demo was Killzone 2. The PS3 has a lot riding on this title and from what I can see it turned out great. The demo is really short and sweet, but it gives you a good sense of the brilliant visuals and exceptional enemy AI you will be encountering in the game. It is really not far off from that infamous E3 video footage that sparked the whole Killzone feeding frenzy in 2005. I heard about the controls being slow and having that feeling you were stuck in mud, and I see what they meant by that. It does take some getting used to. However, the weapons and world around you have a real sense of weight to them, so this 'delay' in motion seems more realistic somehow. This will really be a factor in multiplayer, when I get shot in the head and left thinking ‘if I could have only turned around faster…’ I hear the game designers have added some really cool features to the multiplayer mode and I’m really eager to see if it can unseat COD4 as the current champion. It is a seemingly impossible task, but if any game is up to it, it is Killzone 2. This game is so violently beoooootiful that I am completely onboard and ready to mount up. I put the video below, but to see it in glorious HD, click here.