I have a little announcement today. As I’ve mentioned before, from 2001 to 2007 I was contributing to a movie website called DVDWolf.com.

Most of the reviews I submitted were posted on the site, but every once in a while - and unfortunately this became the norm as the years went by - one would disappear in the Internet ether after I sent it. The webmaster Rob Paul and I had a good relationship and I think the lack of activity on the site had to do with him moving onto other things more than anything else. Much later, after I had created THS, I wanted to link to one of my old reviews on DVDWolf and found it wasn’t there. ‘That’s odd’ I thought. ‘I KNOW I wrote a piece on that.’ It was then I remembered about all those floating reviews. After some investigation, I found there was a sizable number that shared this fate. So, instead of just having them waste away on my hard drive, I figured I would post them here in their own special section called... 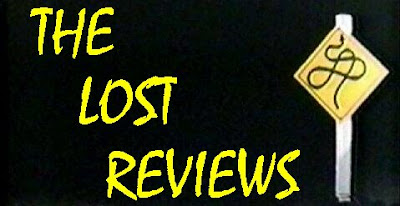 Feel free to check them out by going here.
Posted by Jay Clarke at 8:00 AM