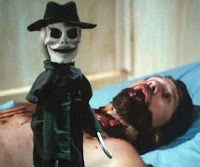 It was a full moon on Monday (no, not a new moon), so this seems like as good a time as any to do a certain Coverbox Wednesday I’ve been waiting to do for a while. At my video store, we had no shortage of titles from Charlie Band’s company Full Moon Entertainment. I think they must have had a deal with Ballbuster or something because whatever stuff they were peddling, we were buying. I used to eat up their horror catalogue after being indoctrinated into their world with Puppet Master II in 1991. I had actually seen some of their earlier offerings like Shadowzone and Creepozoids before that, but didn’t realize they were Full Moon until much later. I used to love the Puppet Master movies. If I might just nerd out (more than usual?) for a second, I have to confess that the only fan letter (besides X-Files fan club correspondence) I ever wrote was to Full Moon, more specifically an actress named Charlie Spradling, who appeared in PM2, Meridian and also hosted several episodes of VideoZone, which was a little featurette that appeared at the end of almost every Full Moon release. Ah... mammaries--I mean memories! Anyway, let’s back on track, shall we? I have documented the franchises of Full Moon like Puppet Master and Subspecies here before, so this time around I am going to concentrate on some of the other outrageous genre titles that hit our shelves in the early nineties. Enjoy! 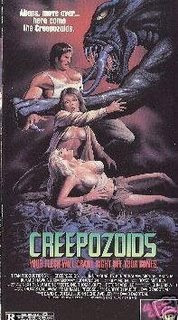 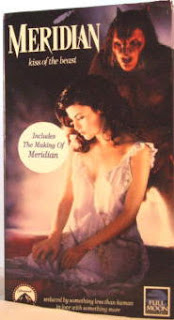 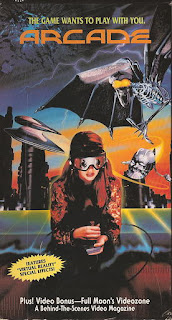 This one featured a young Seth Green, but I know you are more interested in the "Virtual Reality Special Effects!" Apparently, The Lawnmower Man was a real trend setter. 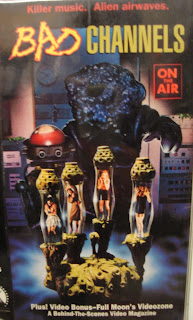 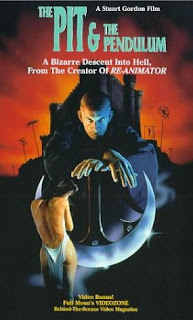 Stuart Gordon directed this one, which should make it no surprise that P&TP is one of the better titles Full Moon has to offer. 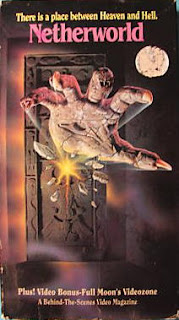 This one was about voodoo and featured a stone hand that flew around turning people into chickens. The even crazier thing could be that I remember liking it. 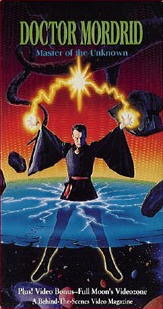