Okay, I've got a lot of stuff to get to today, so let's get right to it. 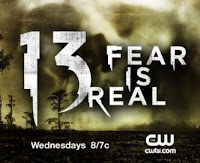 The reality show from Ghosthouse (Sam Raimi's production company) wrapped up this week. The premise of 13:FIR was basically thirteen people competing in horror-themed challenged in different locations of a Lousiana bayou for $66,666 - probably the lowest amount ever in the history of reality television. The first episode was so ghetto, it was tough to watch. The faceless antagonist named The Mastermind was such a thinly disguised rip-off of the Jigsaw character, I was surprised they didn't throw in a creepy talking doll for good measure. The horror challenges were pretty cool (and I should say probably the most dangerous - or at least the illusion of danger - I've seen in a reality show) but often seemed like they were also from a Saw movie. In fact, one challenge was basically the foot-cuffed puzzle from the original installment. It wasn't all bad though. There was an extra variable added to the game called the Death Box, which could enable the carrier to kill off his fellow players if they got them alone. This seemed of no importance to a large number of contestants who seemed to make it a priority to go wandering off on their own. Honestly, the amount of stupid people playing this game was uncanny. The Death Box was a good idea though on the part of the creators to get rid of those contestants who obviously weren't going to be 'spooked' by anything that could be thrown at them and worked best in the last episode when the final three contestants were all stalking each other in the swamp at night.

For the most part 13:FIR was extremely cheesy and contrived, but still watchable in a low-rent reality show kind of way. And if you guys do decide to do a sequel, make sure you don't kill off the hottest chicks first this time.

A huge batch of trailers hit the tubes this week. Check them out below.

The really real teaser for REC 2 (not that fan made imposter from several weeks back) dropped this week. It looks like it picks up right where the last one left off. Sweet!

Lesbian Vampire Killers looks like a lot of fun. It got a great reception at the EFM (despite being enigmatically listed in the programme guide as LVK) so hopefully it'll make its way around the festivals here this fall.

You should only have to watch a few seconds of this teaser for the live-action adaptation of Blood: The Last Vampire to know I am fully committed.

Finally, a full trailer for Mason and Boyes new project Blood River has surfaced. It looks a lot like Wolf Creek to me, but I know from seeing The Devil's Chair that Andrew Howard makes a really convincing psychopath. Bring it on!

I've been having a problem embedding vids from Twitch recently, so click here to see it.

Last March I posted a trailer for an low budget indie called Bioslime. Recently, some stills popped up online courtesy of Undead Backbrain. 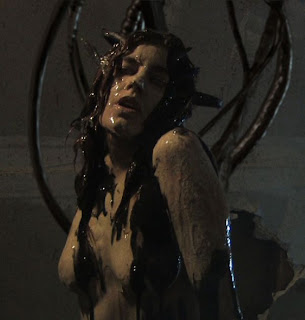 All's I can say is it certainly looks like it lives up to its name. Click here for the rest of the pics. Also, new info has surfaced on Bloody Disgusting about Adam Green's new project Frozen. It is about three friends who gets stranded on a ski resort chairlift. You know it's funny. I watched an obscure Korean film called Spider Forest recently and it had a scene where two characters got momentarily stranded on a ski lift. I thought to myself 'why has no one done an entire movie about this?' Well, it looks like Green had that same thought. Green begins filming in Utah this week, so you can follow his progress on the shoot by going here. 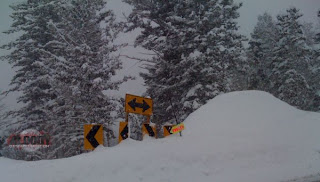