I had a spectacular Saturday night. After leisurely walking around downtown and ducking into all the comic, video and used book stores along Bloor Street, I took in Best Worst Movie, a documentary about Troll 2's (a movie many regard as the worst ever made) cult phenomenon. It was a double bill of sorts because Schwartz and I watched Troll 2 right before we walked down to the Bloor to take in the doc. Best Worst Movie was screening as part of the annual Hot Docs Festival, which showcases documentaries from around the world. I wanted to see Zombie Girl as well, but I didn’t get around to it.

So to lead off, let me talk about Troll 2. It is remarkable how every single aspect of this movie is a complete disaster, yet somehow remains an highly enjoyable watch. I couldn’t BELIEVE some of the stuff that happens in this movie. I don't know the number of times I looked over at Schwartz with this look of bewilderment on my face - this was, of course, between all the belly laughs – to which he would simply say;

Instead of trying to come up with a review here because let’s face it, what can I say that hasn’t already been said, I decided to just state my five favourite things about Troll 2. Although, narrowing it down to five might be tougher than just writing a review. 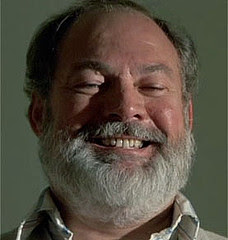 This spectral senior just keeps showing up to encourage Joshua's (Michael Paul Stephenson, who is coincidentally the director of Best Worst Movie) delinquent behaviour that includes dinner table urination and arson. And all the while with that sly little grin on his face. 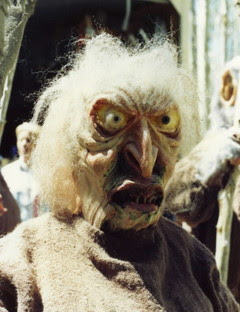 Everytime this guy appeared onscreen, me and Schwartz could not help but burst out laughing. 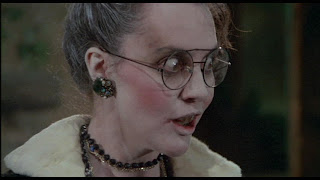 Troll 2 is a case of lightning in a bottle. It would have been impossible to intentionally make a movie this bad and I think that it why it has attained its status. Everyone at the time thought they were making a good movie. With my sides now slightly aching, we headed down to the Bloor for Best Worst Movie. I’d been stoked to see this movie for a while, ever since this trailer hit the Internets.


It was a hit at South By Southwest in March and received many favourable reviews, the boys at TRS among them. And now I can add myself to the ranks. Best Worst Movie is such an enjoyable documentary. It is so well put together and often lets the camera tell the story. It sounds like a simple thing, but it adds so much to the overall flavour of the piece. Along this journey, you meet a myriad of characters that you think can’t be for real, but somehow ARE. Best Worst Movie really runs the gamut. First, it is as hilarious as the movie it is documenting. Scenes like George Hardy (the father in Troll 2) confusedly wandering around a horror convention are priceless. Then there are the uncomfortable bits like when Margo Prey (the mother) actually asserts – with complete sincerity mind you – that Troll 2 holds up against classics like Casablanca. There are even touching moments like former mental patient Don Packard (the store owner in Troll 2) admitting that he never felt good about himself until the round of applause he received at a Troll 2 screening. However, nothing beats the awkward faces of attendees that were witness to director Claudio Fragasso's Q&A outbursts. His response to anything negative about his film was “You don't know nothing!” I think the only person I thought was missing from the doc was Deborah Reed, who played Creedence. I would've loved to hear her talk about performing those scenes.

Another wonderful thing is that it's not necessary to have seen the actual movie the doc is referencing to enjoy it. I mentioned the characters that make up the cast and crew, but just as colourful are the fans themselves. It’s really a documentary about the people involved than the movie itself and trying to nail down how such a failure could still be thriving twenty years later. Best Worst Movie also had a surreal quality to it. There was a Troll 2 screening at The Bloor last May and footage for the doc was taken during it. So, here I am sitting in The Bloor, watching The Bloor onscreen. Weird. Director Michael Paul Stephenson and Hardy were in attendance and George was every bit the character he was in the doc. You could just tell that he loves the limelight. I'm afraid I didn't have my camera on me this time to take pictures though.

Best Worst Movie is a documentary that you come out of feeling great. It felt much like my experience after watching the King of Kong doc about Steve Wiebe. You just come out the other side with a spring in your step. A 35mm print of Troll 2 is screening again at the Bloor in a few weeks. I’ll be there; chloropyhll green buttered popcorn in hand.

I haven't seen Troll 2 - I don't know if I could bear it! Also, is 'Schwartz' (am I spelling that right?) somebody's first name?

BWM was fantastic!!! Can't wait for the Troll 2 screening next week!
George Hardy chatted us up outside the theatre afterwords, what a character!

You've sold me. I'm going to check if this on Netflix right now.