Well, I'm over my Sucker Punch hanogover (and an actual alcohol-induced one) now, so here's some recent horror scraps for you to peruse.

Arrow Video has been releasing some fantastic stuff over the past few months, but the announcement of the pair below took my breath away. 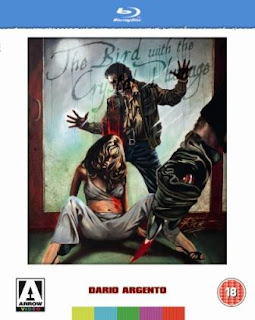 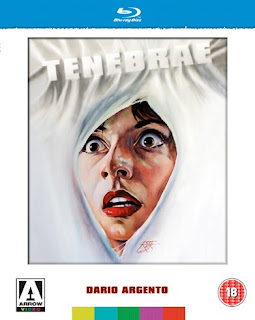 These two classics will both be available on Blu-ray in May. Thanks to Twitch for the heads-up. To check out what else Arrow has to offer, click here.

I got an email this week, linking me to an article on Stickskills.com about a new Resident Evil game in the works called Operation: Raccoon City.

It is set during the original 1998 outbreak, but the unique thing is that this time, you are actually part of the group trying to cover things up! Here's some info from the site.

"Operation Raccoon City is a team-based shooter allowing four members of the USS team to destroy all evidence of the ongoing outbreak. Along with slaying the zombies, you're looking to kill pretty much every survivor possible. The gameplay is described as 'dirty', and the series will feel much darker than it has up to this point. The game features three factions that Capcom has stated make up a three-corner conflict. The other two factions are the US Spec Ops, who are there to repel the USS, and the bio-organic weapon monsters (BOWs) created by Umbrella. The USS team is made up of the following characters: Vector, Beltway, Bertha, and Spectre. Depending on which character you choose, the responsibilities that you're asked to do within your team will variate."

This sounds really interesting and since Operation: Raccoon City is set during the events of RE2 and RE3, it is very possible we may encounter some familiar faces, as well.

As I mentioned before, my buddy Schwartz is back from Lalaland and Cartoon and Horror is up and running again. His return post has some shots he took while on the set of Silent Hill 2 - aka Revelation 3D - which is currently filming near his house. 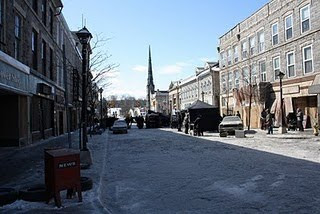 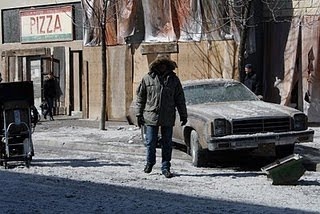 The old-timey main street of Cambridge, Ontario is doubling for Silent Hill this time around and as you can see has been coated in its familiar dressings of ash and snow. For the rest of Schwartz's post, click here.

Okay, that's all for now. The move happens next weekend, so the next DKTM won't likely be until April 10th. See you then!
Posted by Jay Clarke at 9:45 AM