Hey all. Hope you are enjoying your weekend. Here's what I have for you this week.
Another One In The Books.
I've still got that post-E3 glow brought on by all the stellar games coming up in the next eighteen months. There are a ton to look forward to, but the hard part will be finding the time to play them all. Here below, are my most anticipated.


On the horror side of things, we got more of a look at Dead Island and the new Resident Evil game. Here's some video. 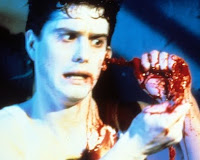 There were a few awesome announcements made this week. First, a new programme has just begun at TIFF Lightbox. The Best of Midnight Madness will screen several titles from its colourful twenty-two year history. Yesterday night, things kicked off with Frank Henenlotter's 1988 mind-fuck Brain Damage. Other upcoming titles include Man Bites Dog, Ichi The Killer and À l'Intérieur. I love that the Lightbox is doing this, and kudos to Midnight Madness programmer Colin Geddes for putting this together. For the full lineup, click here.
Elsewhere, two more guests were added to this year's Festival of Fear. Rue Morgue announced this week that Danielle Harris and Martin Landau will also be coming to Toronto for the event. 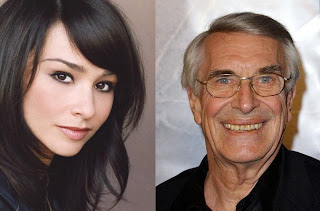 Whether you are fan of Harris from her turn running from Michael Myers - in both eighties and millenium Halloween incarnations - or her more recent work in the awesome Stake Land and the not-so-awesome Hatchet 2, it will be great to see her. Martin Landau needs no introduction, as he has appeared in countless genre films. I love it when they bring in veterans like this. As with Roger Corman and Ben Chapman in previous years, you really get a sense of the Old Hollywood was like, when listening to these guys talk. It's just two more reasons to countdown to the end of August.
Long Live The New Media. 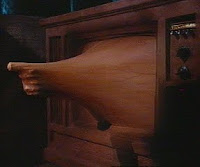 I checked out a audio-visual art installation called Videodrome on Friday night. It took place at the Museum of Canadian Contemporary Art and involved several hours of video featuring seventeen different artists. The majority of it was pretty badass, sometimes featuring clips from different genre movies looped to make some trippy mashups. It kind of reminded me of the industrial concerts I used to frequent, as they used to play stuff like this before the bands took the stage. To give you an idea of what it was like, here below is a Videodrome trailer as well as some earlier stuff from Ouananiche, one of the artists featured. Imagine it in a dark room, projected on every wall around you.