The first season of AMC’s The Killing wrapped up last Sunday. This is somewhat of a relief, as it has held my consciousness hostage for the last few months. I have ten unwatched episodes of Game of Thrones on my DVR for the simple reason that there was just no room for other shows, while The Killing was unfolding. That’s rare, folks. 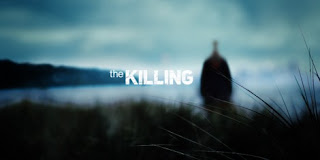 On the eve of her transfer to California, Det. Sarah Linden (Mireille Enos) becomes involved in the search for a missing teen named Rosie Larsen. Saddled with showing her replacement the ropes, she tries to close the case before beginning her new life. Rosie soon turns up dead, and suddenly things become a lot more complicated.
So, why is this show so good? Well, let’s take a look at its pedigree, shall we? The Killing bears a lot of similarities to Twin Peaks, one of my all-time favourite television shows. Beyond the fact that it is set in the Pacific Northwest and centers around the mystery of a murdered high school girl, there are many other parallels. Two of Rosie’s bad boy classmates are early suspects, a high profile public figure may be somehow connected and every character seems to have something to hide. The resemblance continues well into the show, including the end of a later episode, where I actually yelled out, “oh my God, it’s like (Twin Peaks location)!” Where The Killing differs from Twin Peaks is its tone. You will not find any Lynchian quirk here. In fact, it shares more in common with Canadian gem Durham County’s palette. Apart from the occasional camaraderie between the two detectives, The Killing is dead serious. It is this grim reality that makes this show hard to watch at times. The first few episodes are depressing and deeply affecting stuff. 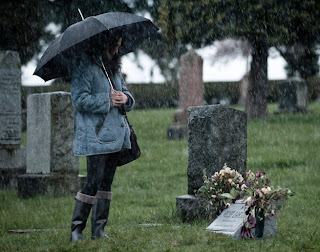 I can’t lump enough praise on the cast that the creators have assembled here. I don’t think I’ve ever seen a character quite like Detective Linden before. Enos’ role is as unglamorous as can be. She constantly toes the line between strength and vulnerability, and her actions are very often flawed. But, Enos is not the only standout here. I think when I really knew I was going to like this show was when Callum Keith Rennie showed up ten minutes into the pilot. Michelle Forbes and Brent Sexton are heartbreaking as the grieving parents, Mitch & Stan Larsen and Joel Kinnaman, as Linden’s partner Det. Holder, seems out-of-place at first, but quickly becomes a bright point in a world of darkness. 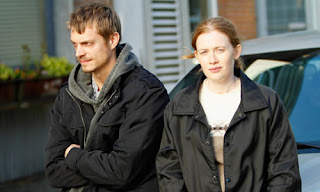 And again, I’m not kidding about that. This is not light subject matter. The first four episodes were really hard on the soul, to the point I wondered if it was worth the emotional wear and tear. I had to know though. I had to know who killed Rosie Larsen. I was upset every time an episode finished and had to wait another week. The thought of holding out for the Blu-ray occurred to me, but I couldn’t take the chance of hearing critical spoilers during the interim.
This inaugural season of The Killing ended on a cliff-hanger (again, like Peaks) so now I am left wanting – in a big mothereffing way – season two, which AMC thankfully promised during the credits. They better not renege on that, either. If they Carnivale that shit, I’m going to go ballistic. There's been a lot of negative chatter online about how The Killing signed off, but I don't subscribe to that. While it is true a puzzling - and uncharacteristic - plot hole may have arisen in the eleventh hour, I personally think those people should just chill the fuck out. 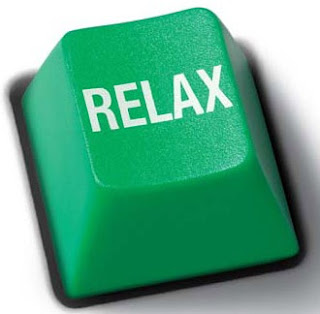 The Killing is a masterful juggling of three engaging storylines that are populated with dense characters and a gritty realism that can make even the most mundane seem interesting. In my opinion, AMC has another winner on their hands.
Posted by Jay Clarke at 10:02 AM

Nice review, dude. I had heard of this show and was considering giving it a chance. I definitely will now, based on your review!