Hello all. How's it going out there? Here's what I've got for you on this quiet and unseasonably warm December afternoon.


I am a huge fan of David Robert Mitchell's It Follows. It resonated with a lot of horror fans, not only because of the great visuals and killer soundtrack, but also because of its underlying themes. Well, courtesy of YouTuber Digging Deeper, here is a video exploration.


The STD angle is a very simple (yet ingenious) one, as is the new generation being abandoned by the old, but I really love some of the other observations put forth here, notably the symbolism of the pool. It gives deeper meaning to a climax that a lot of viewers criticized - myself included on my first viewing - about the film. Anyway, I thought this was a great piece of film deconstruction.


Videogram's newest release, Pre-Cert which features 13 tracks, including the singles Cobretti & Camp Blood, is now available for purchase on Bandcamp.


In addition there is also an EP for Camp Blood. 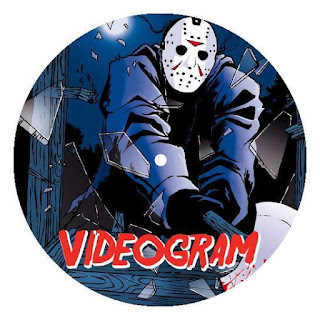 I totally dig this guy's retro synth, prog rock vibe and have spent many hours writing to his stuff - the track Silver Sphere is playing now as I type this. To learn more about Videogram, click here.


One of my favourite short films last year, Jason Kupfer's Invaders, is now online. It's brisk, it's absurd and it's oh so bloody. Enjoy!