Greetings all. I hope all your holiday festivities went well and you've recovered from your turkey comas. Here's some more horror morsels to ring in the New Year.

Here's something truly remarkable. This year, the Keeling family painstakingly recreated the Overlook Hotel from The Shining in gingerbread! It even came complete with the hedge maze and accompanying scenes from the film. 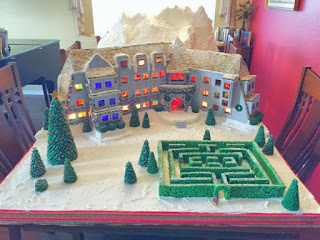 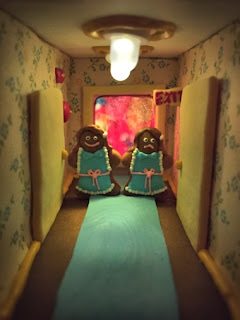 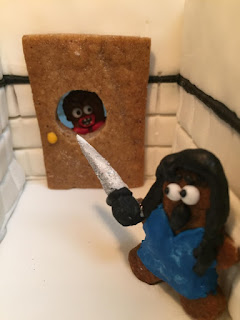 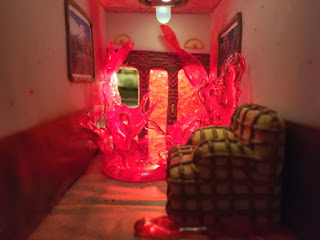 It Was A Dark & Wintery Night.

Here is a short film I wanted to share from Canadian filmmaker Santiago Menghini. This short tore up the short film circuit last year, but has just recently been put online. An amalgamation of two short comics by Al Columbia & Uno Moralez respectively, I love the tone of this piece.


Menghini was able to create a world that was both ominous and gorgeous at the same time. Tremendous work!

The Forest Is Real.

A movie I am looking forward to in 2016 is Jason Zada's The Forest. Initially, my interest for this project lay only with its star Natalie Dormer, but the story behind the Aokigahara Forest is a fascinating one. The marketing recently has also gone beyond what is usually provided for January's shovel-fare. Check out this cool interactive adventure Enter The Suicide Forest. 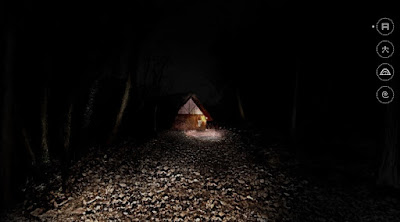 It's fairly simple, but the atmosphere is there and you can even visit the real place via Google Street Maps afterwards. As for the movie, I'll try to remain optimistic. If someone spent more than an afternoon on the script, it might surprise. I guess we'll see when it releases January 7th.
Posted by Jay Clarke at 12:21 PM