Another year, another slew of horror titles come and gone. It took a bit more thought to come up with a top five this year, as not only did nothing really “knock my socks off”, I also spent a good amount of time catching up on the titles I missed in 2014, the best of which being The Borderlands, A Girl Walks Home Alone At Night, Starry Eyes & Berkshire County.

I do want to start off by saying that if I hadn’t seen it last year at TIFF, It Follows would top my list for 2015. Subsequent viewings have peeled back layers of subtext – whether intentional or imagined – and that’s something that is severely lacking from its contemporaries. 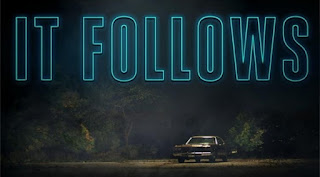 Although, considering the widening berth I am giving mainstream horror these days, I might not be qualified to even make such a statement. I don’t generally seek them out unless someone I really like is involved (January's The Forest with Natalie Dormer for example.)

That said, I did highly enjoy a handful of titles this year. Here they are below in no particular order.

This haunted house horror and loving homage to the works of Lucio Fulci was exactly what I hoping for. It was incredibly atmospheric, but also built to a satisfying climax, which is where a lot of the current wave of retro-horrors inevitably fail. The film was also anchored by some great visuals, sound and spectral designs.

The award for most authentic horror film would no doubt go to this film. Everyone involved was one-hundred per cent invested in recreating the hardships and paranoia of this time period. The performances were top notch, most notably the youngsters Anya Taylor-Joy & Harvey Scrimshaw, as was the direction executed by first time director Eggers.

As I said in my original review, I had low expectations for this film because I did not like the script when I read it a few months earlier. However, the cold, calculated cinematography, the life breathed into the characters by Emma Roberts, Keirnan Shipka & Lucy Boynton and the theme of dealing with loss - that came across much more effectively than in the script - really stuck with me.

This one was another I expected to not like due to negative rumblings from some peers. To be fair, their criticisms are valid, but they did not make one lick of difference to my enjoyment of the picture. I felt there was something really sincere about the central relationship between mother and daughter (Malin Ackerman and Taissa Farrow respectively) that kind of made it impossible for me to not like it. 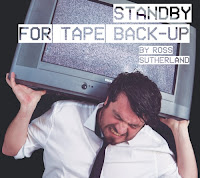 This isn’t a horror movie, but it is related to VHS so I’m putting it on here. Forget what I said before, this part spoken word performance and part experimental art piece did “knock my socks off.” I urge everyone to seek it out. It is amazing how a random collection of sequences can be nostalgic, profound, hilarious, haunting and beautiful all at the same time. This was a gift.

Though I was too lazy to actually type up a review earlier this year, I dug Guillermo del Toro's Crimson Peak. A visually driven gothic romance of this nature is just not the type of thing that is attempted anymore. Though it was a shame they decided to CG over the practical creatures designed for the film (The Thing remake all over again!), Peak was definitely the prettiest horror film I saw this year, especially the breathtaking blood-soaked climax in the snow.

I think the movie that most surprised me this year was M. Night’s The Visit. Perhaps I had low expectations being that Shamaladingdong had about five strikes against him, but I thought it was a simple, yet really effective piece. Imagine, all he had to do to get back on track was drop the convoluted pretension. Although, I am aware that the movie's enjoyment is probably equal to the number of minutes it took to figure out the “twist”, as that was certainly true with Goodnight Mommy. Why on Earth did they make that one so obvious? Barely ten minutes in and it basically became a game of “how much torture will I have to endure before they finally get to it.”

Thanks to Toronto After Dark and Blood In The Snow, I was also able to catch some great homegrown indies. Trevor Juras’ The Interior and Andrew Moxham's White Raven were both effectively visceral tales about being lost in the woods.

On the dumb fun front, Cooties and Deathgasm were both a barrel of laughs. The former had a wonderful ensemble cast that somehow got away with gleefully dispatching busloads of children, and the latter was the best hybrid of Raimi & Jackson's sensibilities I’d seen since 2003's Undead.

Disappointments? Well, apart from the aforementioned Mommy, I was also underwhelmed by Can Evrenol's Baskin. It brought forth the nightmarish visuals from the original short film, but didn’t really translate into the feature length format for me. I’d say The Girl In The Photographs was the biggest offender though. How could something with such great pedigree behind it turn out to be so maddeningly unremarkable?

Again, this is at least the third year in a row where my top five titles have been largely from this side of the pond. So, I have to ask. Has the rest of the world been slacking off, or am I just not looking hard enough? Where are those wonderfully wicked titles from the French? The Japanese? The Spaniards?