I'm finally getting around to posting about my thoughts on Frédérick Raynal's indie game 2Dark. 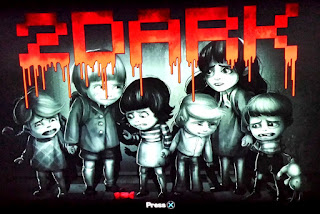 I must admit there was much dawdling on this review because I wasn't that struck on this game. I felt that the concept was sound, but the format chosen by Rynal and his team at Gloomywood didn't fully realize the horrific nature of the piece. I remember being wowed by the early concept art, and the final product was far removed from that. The abduction, torture and murder of children didn't really resonate within a 16 bit style construct.

The puzzle solving in 2Dark was satisfying enough, once I got through the trial and error phase. Having died within the first five seconds of the first level, I realized quickly that it was that kind of game. Initially, I wished there was voice, instead of text. That is, until I heard the cheesy voice-over during the load screens. I also didn't like that the repetitive child noises became really grating to the point where I was like, why am I saving these little shits again? A complete one-eighty from my experience with Clementine in Telltale's Walking Dead series. That's not ideal. 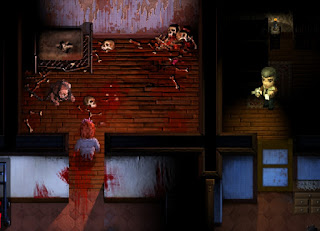 Depsite my dissatisfaction with this game, I am willing to make two concessions, the first being that I have no sense of nostalgia for this era of video gaming. Having gone from Atari 2000 to PC to Playstation, I have no affiliation with Nintendo's oeuvre of top down adventures – Zelda and the like. Secondly, I think I've just been spoiled of late. After a long list of fantastic indies over the last twelve months (Gone Home, Life is Strange, Inside, Virginia, Firewatch and This War Of Mine) 2Dark just paled in comparison, especially considering it was significantly more expensive than all of those aforementioned titles.


As a game, 2Dark was fine, but I just wish Rynal and company had been able to better translate their truly disturbing world. I don't necessarily need impeccable graphics, but I do need something to connect with. When I accidentally gassed my kids (one of the multiple possible endings) I was like, oh well sucks to be you I guess. 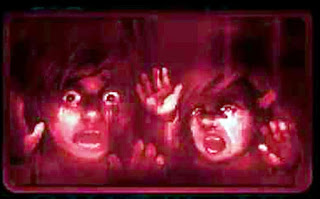