A few words about the upcoming horror flick Midnight Movie. I had seen some posters for it on Bloody Disgusting, but hadn’t given it much thought, since the one sheet looked like a blatant copy of 2006’s Behind The Mask: The Rise Of Leslie Vernon. 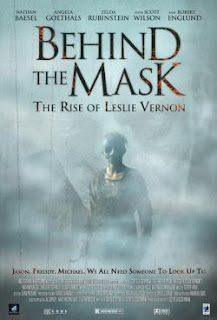 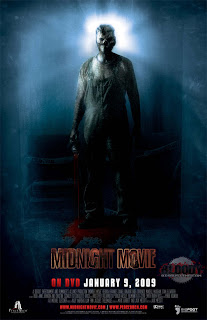 However, while looking up Brea Grant, THIS 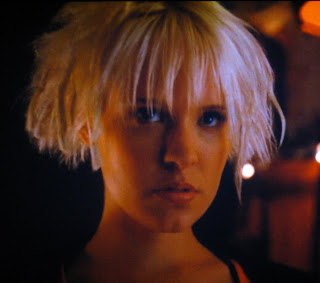 little spitfire from the Heroes premiere - that show really does prefer blondes – I saw that she's actually in Midnight Movie. This warranted a second look. On further investigation though, it looks like her part in Midnight is pretty minimal. This stint on Heroes is clearly her big break. That’s gotta be a bit of a shock eh? Going from relative obscurity to suddenly being seen by millions (and I mean meeeleeeons) of people.

The premise of Midnight Movie sounds pretty cool. The trailer doesn't show much, but it seems like a seventies horror version of The Last Action Hero. The killer’s weapon of choice does look fairly flimsy and inefficient, but from what I can gather, this might be intentional and part of its shtick.

The website is pretty slick though, click here if you want to check it out.
Posted by Jay Clarke at 6:25 PM