Last Thursday, I sounded off on the upcoming Jake West flick Doghouse. There WAS a trailer, but it seems to have disappeared from the Internets. While I was searching for a new link though, I learned some more about it and DAMN if I can't wait for this thing to drop. Check out these conceptual drawings! 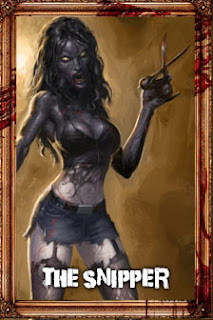 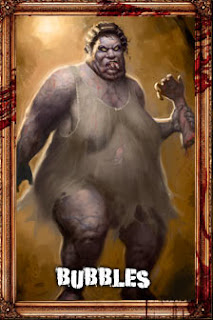 And the crazy thing is, these are just three of the almost TWENTY creature designs that will be in the film. Check out the rest here. Not since Dark Castle's Thirteen Ghosts remake have there been so many elaborate and dinstinct creations in one film. I also see that Emily Booth (who starred in Jake West's previous romp Evil Aliens) is also on board for this, playing the above cringe-inducing character dubbed The Snipper. Bonus!
I am SOOOO in.
Posted by Jay Clarke at 12:52 PM