I went to see The Crazies earlier this week. It gave me everything I saw in the trailer. And not much else. 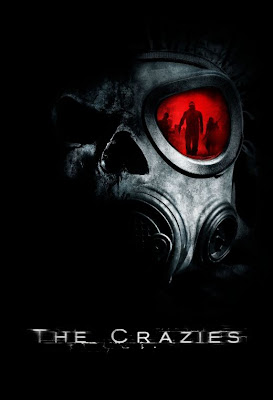 When the townsfolk of Ogden Marsh, Iowa begin committing random acts of violence, the sheriff (Timothy Olyphant) and his pregnant wife (Radha Mitchell) try to get out alive. This is made even more difficult when the military quickly arrive to clean things up.

These middle of the road entries are often the toughest for me to comment on, but I'll do my best.

The Crazies shares a lot in common with 2004's Dawn Of The Dead, another of George A. Romero’s films to get the remake treatment. Although a few things remain intact, they are both essentially boiled down, easily consumable versions of their original incarnations. The Crazies does show flashes of freshness – like a sequence that takes place within a car wash – but it ultimately gets bogged down with lazy contrivances and uninspired jump scares. I understand that the formula of the plague movie – and its thematic sibling, the zombie flick – is hard to break out of, but that never stopped both 28 Later films from excelling. The pleasure has to be in the details. The key is to do more than things right than you do wrong and at the outset, I think The Crazies might have come out slightly ahead. I love me a good plague movie though, so unless you truly go out of your way to annoy/enrage/bore me, you're going to get a pass. I certainly wouldn't lump it in with the tripe shit out by Platinum Dunes, even if its visual style came dangerously close at times. Breck Eisner's direction is not inept, just maybe a little repetitive. His credits include 2005's Sahara and the Fear Itself episode Sacrifice – one of the brighter spots of that drab series – and may explain why the individual set pieces are the best parts of the flick. 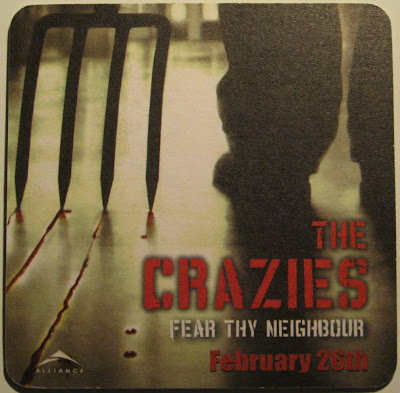 The Crazies is not a bad movie. I'm often totally fine with the stuff served up here, but I think its solid trailer may have raised my expectations a bit. When they pilfered that Tears For Fears cover from Donnie Darko, I perhaps subconsciously thought that it might contain some level of depth. No such luck. However, as far as throwaway horror flicks go, you could do FAR worse.
Posted by Jay Clarke at 11:16 PM