Let's see what I can scrawl down here, before heading out to my buddy's for the Canada vs. USA game today.
Bird Droppings.

So, last week I posted a teaser for Birdemic. It was pretty hilarious, right? Well, this week Severin Films released a full trailer. And, oh boy...

As you can see, they are obviously now playing UP how terrible this movie is and using it as a selling point. Ok, here's the deal. I don't think you can push that kind of thing. Bad cult movies don't start out that way. They start out as any other film, but become popular because an audience embraces them. I could be wrong, but this movie is starting to feel a little disingenuous. I mean, a movie this bad can't be unintentional, right? RIGHT?!
Nilbog On Tour.

Speaking of unintentionally bad movies that have snatched a hardcore following, there are none bigger than Troll 2. To this day director Claudio Fragrasso still thinks he made a good film. After playing the festival circuit for the last year, the excellent Troll 2 documentary Best Worst Movie by Michael Paul Stephenson (who played young Joshua in the film) is FINALLY getting a theatrical release this spring. And we, the fans, are a large factor in making this happen. I highly encourage anyone who has this playing in your area to go check it out. You don't even need to have seen Troll 2 to appreciate it, that's how amazing the doc is. To request Best Worst Movie be screened in your city, click here. Also, as an aside for regular readers of THS, you'll see that my home-away-from-home, Toronto's Bloor Cinema even makes an appearance.
They Bite!

My buddy Schwartz over at Cartoon and Horror put together this great collection of Critters for his latest installment of FAN ART FRIDAYS. Here's a taste. 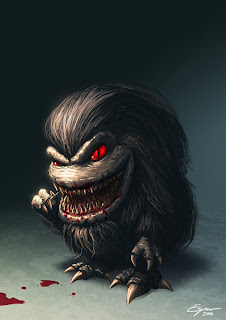 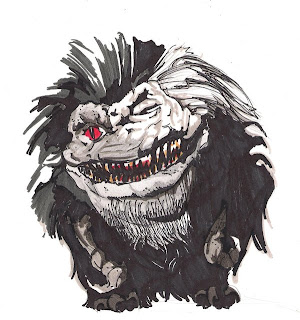 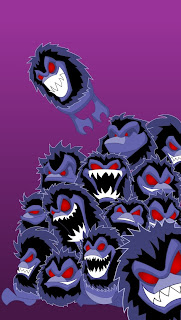 For the rest of the gallery, click here.
Posted by Jay Clarke at 9:05 AM