Toronto After Dark again continued its tradition of showcasing both Canadian and international short films over the course of its nine-day run. Here below are some of the ones that I most fancied.


1. Invocation - As you know, I adore Robert Morgan and his newest stop-motion nightmare did not disappoint. The sound design in this short was boombastic and I love how Morgan has carved out an unmistakable aesthetic since bursting onto the scene in 1997 with The Man in the Lower-Left Corner of the Photograph. Combining both live action and animation together, this dark slice of revenge shot to the top of my list immediately.


2. The Lamp - This one was a treat. Director Trevor Juras is able to create tension with something as simple as two people sharing a cab after their first date. Anyone who has dabbled with online dating can surely relate to some of what goes on within - but hopefully not too much. The ending is nice little punctuation mark on a gleefully unsettling scenario. 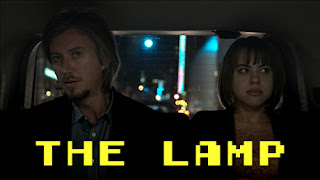 3. Sequence - This is such a wonderfully conceived and executed short that never felt the need to spoon feed us anything. Director Carles Torrens keeps us in the dark as much as the main character as he tries to figure out why every single person in the world seems to have had a terrible dream involving him the night before. His day then goes from bad to worse.


4. The Last Video Store - I caught this one at Fantasia and it was just as fun the second time round. Made by a couple of crazy cats from Edmonton, this short carries on the tradition of those crusty VHS titles of yore and ends with a boss fight that needs to be seen to be believed.

You can also check out the pseudo sequel, M is For Magnetic Tape, here.


5. North Bay - This one is high concept science fiction that reminded me of the work of Shane Carruth. An eccentric scientist ostracized from the mainstream for his bizarre theories has a chance encounter that may provide the answers for which has been searching for almost twenty years. I really dug the music in this short, as well.


There were some wonderful absurdist shorts this year. Adam Schafer's Down Bob was kind of an abstract mix of Napoleon Dynamite and Taxi Driver, and yes it is as weird as it sounds. Adding to the great pool of talent in Winnipeg is Fabian Velasco with Under The Neon Lights. Just watching the puckered look on Milos Mitrovic's face was enough to crack me up. Jean Francois Asselin's Remember Me was another great short with the brilliant hook of a guy who starts to disappear when no one is thinking of him.


I was also delighted to see some of my filmmaker friends get their work shown this year. Mike Falcore, who shot my upcoming short Lively, debuted his dark parable Master. I loved the look of this film and though its construct may be a little leading, it's tight and self contained and leaves an impression. Also, Nate Wilson showed off his little short about failed romances called Mood Killer. This kid is just sixteen and already seems to know more about relationships than I do.


There was also a nice quotient of martial arts short films, as well. Olaf Svenson's L'Etranger saw a well-conceived bar room brawl conclude with a nice punchline, and Rope-A-Dope from Eric Jacobus plays like a kung-fu version of Groundhog Day.


It was another strong year for shorts and now that I've done a few myself I have a better understanding of just how impressive some of them really are.
Posted by Jay Clarke at 6:00 PM