I’ve got a few things that I can finally talk about now. It is kind of coincidental that two projects I am involved with both got officially announced within a week of each other. 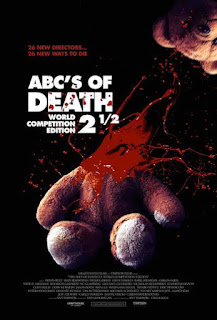 The first is ABC’s of Death 2.5. It had been in the works for such a long time that Schwartz & I were honestly wondering if it would ever actually come to fruition. Thankfully, it has indeed now become a reality and our short M is for Manure is one of the twenty-six shorts included on the release. That’s no small feat when you consider that Manure was selected from a pool of over five-hundred contest entries. ABC’s 2.5 is being released through Vimeo on August 2nd. Click here for more info on the release.


I believe I mentioned a while back that I had become part of the Little Terrors (Toronto’s monthly short film showcase) programming team. Well, this series has now birthed a new anthology called Minutes Past Midnight which culls the best of the best. I helped curate the selections and believe me when I say it’s a really strong line-up from around the world. Minutes, the first of several planned anthology releases, will be released on VOD October 18th and on DVD on February 7th. Click here for more details about the release. 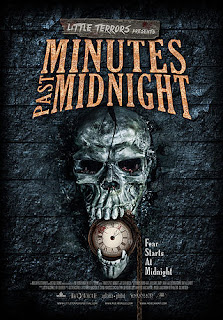 Lastly, if that wasn’t enough, I also recently joined the programming team at Fright Night Theatre, the group of maniacs warping minds over in Hamilton, Ontario. 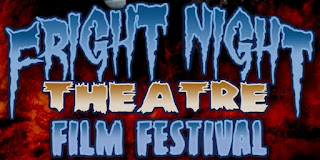