My friend Serena recently introduced me to a new board game called Mixtape Massacre. 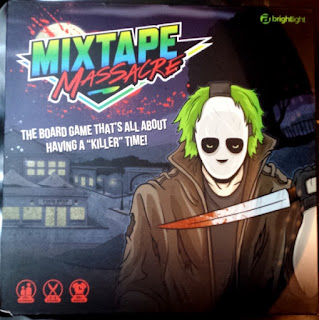 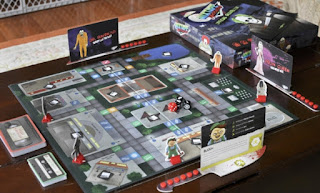 The game takes place in the town of Tall Oaks, an unfortunate little village that harbours more slashers per capita than any place in the universe. But unlike games like Betrayal at House on the Hill and Camp Grizzly where you are stalked by said killers, in Mixtape YOU get to be the antagonist.

After choosing one of ten knock-offs of Jason, Freddy, Leatherface, Chucky, Pinhead, Hannibal, Pennywise, Gremlin, Carrie or Sadako, you actively lumber around town looking for victims - and souvenirs. 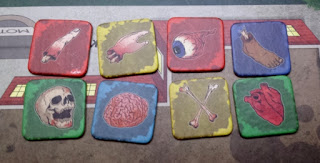 The rule book looks intimidating at first, but it's actually pretty simple to learn if you just dive in. It's mainly just drawing cards and rolling special dice. 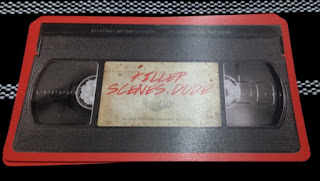 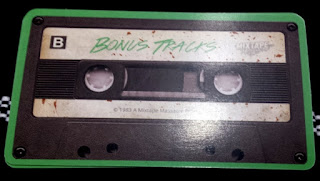 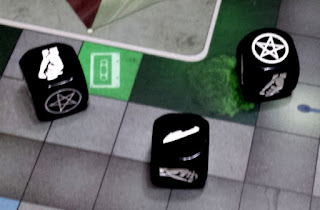 And avoiding the other players because if you end up in the same area together, it's franchise vs. franchise! The game is won once someone acquires a certain amount of souvenirs or there is one slasher left standing.


This is a really fun game that we've played a few times now. It could do with an expansion pack of cards, as we've already started to see repeats, but the art is great and the eighties references are good for many a chuckle. 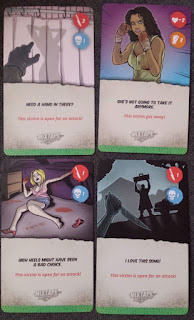 Mixtape Massacre is coming off a successful Kickstarter campaign, so if you want more info check out the website here. At sixty bones, it is pretty pricey, but if you're into novelty board games and eighties pop culture, there's tons of enjoyment to be had here. Happy hunting!
Posted by Jay Clarke at 10:00 AM