Last week, Rue Morgue's inaugural Dark Carnival horror convention descended on Hamilton, Ontario. After severing ties with Fan Expo - and the logistical nightmare that it has become - Rue's Festival of Fear has risen from the grave under a new moniker. And what a fantastical parade of wonders Dark Carnival was! 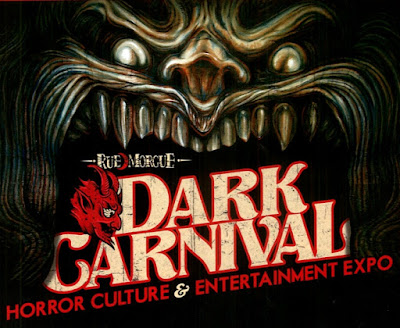 The Hamilton Convention Centre was the perfect venue for this event. It was a nice size and nestled right in between the city's main thoroughfares, which made getting in & out of the city remarkably simple. I say this because if you've ever been to the Hammer, you know that's not often the case.


The list of vendors was a nice mix of East and West, and included some I'd never seen before. Schwartz & I became fast friends with a guy who had a treasure trove of 80's VHS posters. He came away with over half-a-dozen he'd been seeking for years, and I scored these! 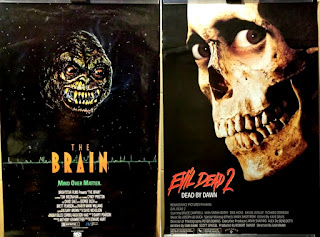 Creep Factor Studios had some really cool stuff, including these recreations from The Blind Dead and Critters. 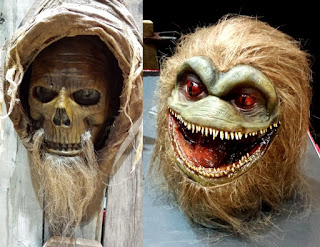 I'm equally proud and disgusted that I didn't shell out the $175 for the Critter. I want it so bad. I did pick up this awesome Videodrome fridge magnet from him though. 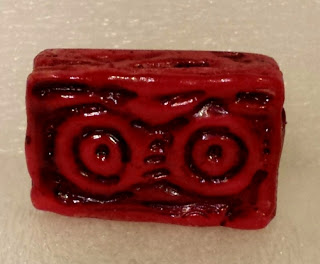 I have to say that the coolest thing at the show was this zombie foosball table created by Keith Busher of Precious Mutations. So amazing! 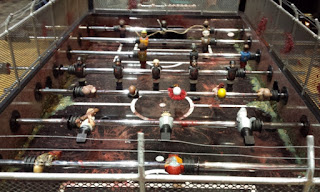 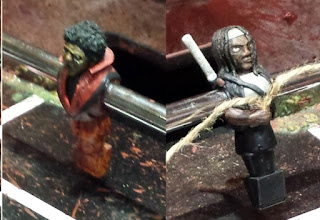 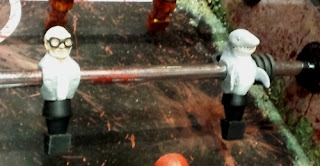 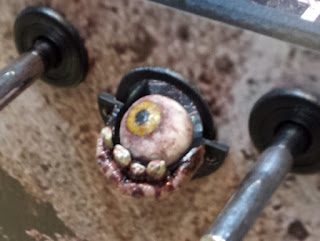 VHS had a limited presence, but I did manage to find a lenticular companion for my Jack Frost tape.


Teta Kika, the Casual Taxidermist had a sizable display, including this rodent resembling Dark Carnival's Guest of Honour. 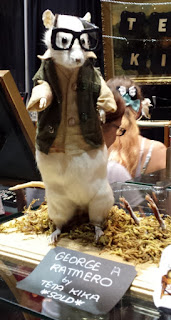 The Devil's Latex was on point as per usual, including this life-size replica of Slimer. 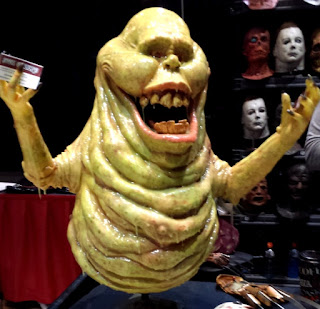 What I really loved was how many amazing artists were in attendance. Conventions usually have artist alleys, but this was the first time I'd seen Ontario's elite all under one roof. Gary Pullin, Jason Edmiston, Justin Erickson, Matt Ryan, Sara Deck & Vincent Marcone were all there showcasing their inimitable illustrations. 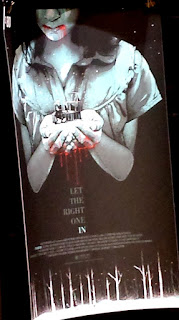 I couldn't come away with that amazing Matt Ryan poster above, but I did splurge on these beauties from Gary and Sara respectively;


And what would a Rue Morgue event be without panels. Aside from a great artist panel with some of the names above, filmmakers Tal Zimerman (Why Horror?) & Kevin Burke (Twenty-Four By Thirty-Six) gave a talk about poster collecting.

It was super intricate and included copious amounts of slides showcasing some of the most beautiful and bizarre movie posters of the last hundred years of cinema. 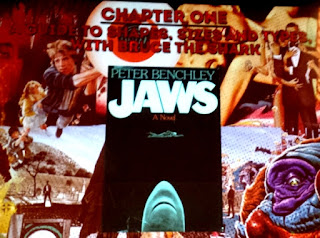 The vibe around the show floor was awesome. One vendor spoke of a happy medium, in that the show had the jovial atmosphere of Shock Stock, but with the commerce of Fan Expo. It felt, to me, akin to Horror-Rama, but situated in an area much more accessible to everyone west of Oakville.


I think Dark Carnival went over like gangbusters and in tandem with the pop culture art shows and the boys & girls of Fright Night Theatre, it is safe to say that the Hammer is now in the throes of a horror renaissance. Good on 'em.
Posted by Jay Clarke at 12:08 AM