There's not a lot of news this week, but there are a few things I'd like to get to, so let's dive in.

File Under F, for FINALLY!

A trailer for Doghouse finally surfaced this week. I'm loving this. I think it's going to be a riot. Since Jake West is Midnight Madness alumni (Evil Aliens played here in '05), there is a good chance it will screen here in September. First in line, baby! I'm still having problems embedding video from Twitch, so to see the trailer, click here. And for my past coverage, click here.

You know, people shit on Paul W.S. Anderson, but I've always found his movies to be quite entertaining. A poster and trailer appeared this week for his new project Pandorum starring Dennis Quaid and Ben Foster. It looks like somewhat of a spiritual successor to Event Horizon, which is arguably his best film (although I know there are some Shopping fans out there) and it's pretty damn cool. Check it out below. 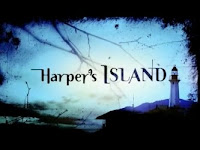 I saw a commercial for this little television experiment while watching Dollhouse (yes, I'm still clinging on) this week. It's called Harper's Island and has been described as "Scream meets Ten Little Indians". It is a nine-episode murder mystery that begins April 9th and goes through until July 2nd. Although the trailer doesn't really do it any favours, I applaud CBS for trying something different with this. I saw some familiar faces like Bill Pullman and Cameron Richardson there, so it does have some cred to it. It's been a while since Primetime has had a Twin Peaks-style mystery for us to mull over and I hope that it, at least, makes for some engaging television. Click here for the promo.


Oh, and one last thing, a new English trailer dropped for Blood: The Last Vampire.


On further inspection, TLV looks like it's going to be more Chanbara than Hero... but I'm okay with that :)
Posted by Jay Clarke at 11:41 AM