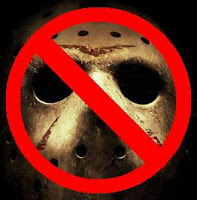 It's deja vu all over again! Happy Friday the 13th everyone! I'm happy to report that my Friday remake boycott remains intact. I think it was easier this time because I wasn't urged by any of my friends to actually check it out. The consensus among my flock seems to be that Platinum Dunes’ latest atrocity is conspicuously mediocre. In fact, I was hard pressed to find someone who had an overly positive comment that wasn't prefaced by the term "for what it was..." Even my buddy Mikey, who I think secretly wants to bear Michael Bay's children, thought it was dull and uninspired. Schwartz went so far as to say the new Friday was absolutely awful, citing even Rob Zombie's Halloween was better. I find THAT hard to believe, but then again I haven't seen F13... or have I? Hearing about it over the past few weeks, I kind of feel like I have. Good film or not, this is all irrelevant, isn’t it? It made money and more Platinum droppings are on the way. As for Friday’s failure to impress, I have got to say I’m actually a little shocked. If there was one movie that you think they could get right, it would be the mold-making template slasher Friday the 13th. If you can’t even pull that off, I’m afraid I have to echo Richie Cusack and exclaim; 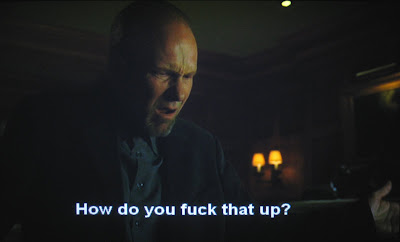