Best Worst Kills At South By.

Well, looks like the Troll 2 doc Best Worst Movie was a big hit at SXSW this year. The TRS guys sure liked it anyway. And the coolest thing is that footage for Best Worst was shot at the Troll 2 screening at my home theatre The Bloor last May. 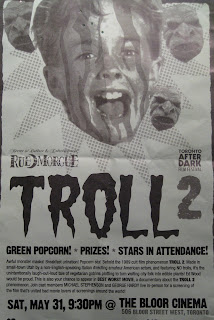 I couldn't attend unfortunately, but I know a slew of people who did, so it will be awesome to see it when it finally comes out our way.

I saw some sad news at Twitch this week as it seems that Worst Case Scenario (that wicked Dutch nazi zombie project I posted about here) is officially dead in the water. This sucks because a lot of people have been patiently waiting for this since those first promos surfaced in 2006. However, all is not lost. It appears that WCS mastermind Richard Raaphorst has been working on a new idea recently. Behold, Army Of Frankenstein!!! 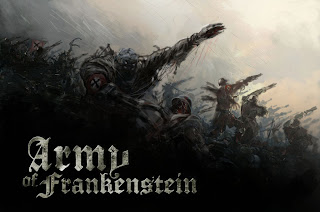 I know this isn't horror, but I was so taken by the new trailer for Where The Wild Things Are that I just had to post it here. If this movie is as good as the trailer and Spike Jonze was really allowed to make the film he wanted to make, this will be MAGIC, people.