The Stranger Side Of Cover Art.

For this installment of Coverbox Wednesday I thought I'd point out some of the weirder covers we had at our store. In an age where the cover was basically the thing used to sell your product, it often gave me a chuckle to see what some companies decided to go with. Some were blatently misrepresenting what lay inside - but that's an age old deceit that we know isn't limited just to the world of home video - some stuck out because they were so inherently un-horror and some were just plain bizarre. So, without further ado, here's today's deluge. 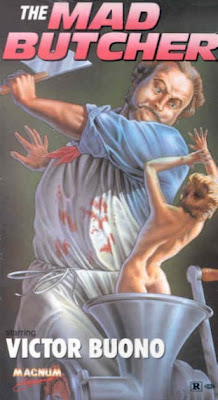 I always wondered if The Mad Butcher was a giant, or if his victims were just really small. However, that would mean all his grinding equipment would have to be miniaturized, as well. So yeah, he must be a giant. I wonder if he trades recipes with Jolly Green. 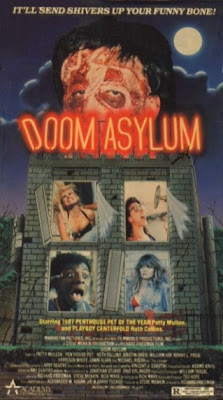 WTF? Another giant! This one is presumably attacking women in an old building with unusually large windows. If these murders were so easily visible from the street, you'd think someone would have called the police. On a trivial note, I think the chick about to eat circular saw is Kristen Davis of Sex & The City fame. 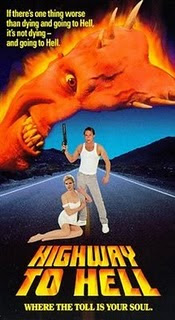 There was period of time in the early nineties, when companies had moved away from hand-drawn and painted covers to really silly looking cut & paste jobbies. Non-horrors Quick Change and The Linguini Incident were two others I can recall being at my store. I mean, who's the villain of Highway To Hell? A demon with half a head? They could have at least put him flush with the horizon. 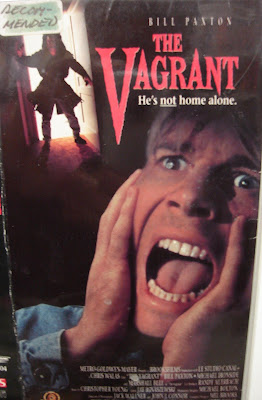 He's not home alone. Oh, brother. At least TCM 2's riff on The Breakfast Club was subtle. I can only imagine Bill Paxton having to pose for that. It's a good thing the movie is actually mildly entertaining. 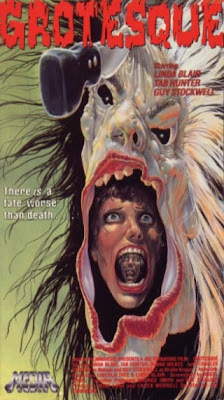 There is a fate worse than death. It's being a dude, who's swallowed by a bigger dude who is then swallowed by an even bigger lady, who is then eaten by a gigantic white monster with a big knife sticking out of its forehead. Yep, no argument here. 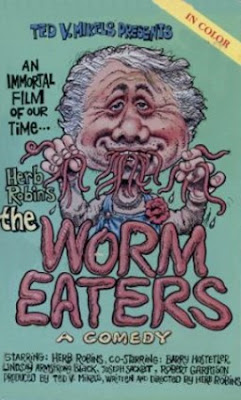 Oh for fuck's sake. I get the feeling this was stuck in our horror section because no one knew where else to put it. I even remember the back cover not even telling you want the movie was about, just that some of the actors actually ate worms during the production. Oh well then, sign me up. 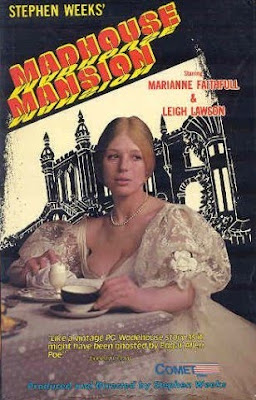 Nothing, and I mean NOTHING says horror like a tea party, so I can see why they wanted to put that front and center. 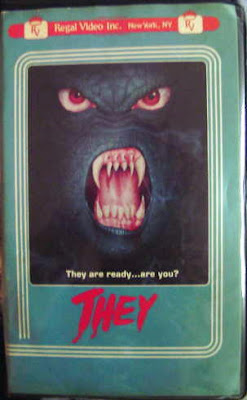 I suppose there is nothing wrong with this one's cover. That is until you actually watch the movie and see that THEY are just smoke shifters being blown up through sewer grates and not the creatures promised on the coverbox. Way to deliver, guys.
That's it for now, but check back soon because there are some awesome things going on downtown in the next week that you can be sure I'll be reporting on.
Posted by Jay Clarke at 10:05 AM

The BEST coverbox Wednesday ever! Very entertaining. I don't think I've seen any of these covers. Love THE VAGRANT!!