That's My Kind Of Girl.

I have to admit that the film The Girl With The Dragon Tattoo has only been on my radar for no more than a few weeks. It is not often in this day and age for something this big to creep up on me like this. Even then I was initially misguided as to what it was, as when I heard ‘from the best selling series by Stieg Larsson’ my first thought was ‘oh great, another Harry Potter or Twilight or some other thing that’s of no interest to me.’ However, I couldn’t have been more wrong. It turns out that Larsson’s scribblings are more in line with the works of Thomas Harris, and that my friends, does interest me. A lot. Fast forward to a few days ago, when I was standing in line for a screening with pass in hand. I still had no real idea what I was walking into, other than it was a Swedish murder mystery with a strong female protagonist. There's a special kind of excitement that goes with seeing a potentially awesome film with very limited knowledge about it because, as I said, it happens so infrequently. 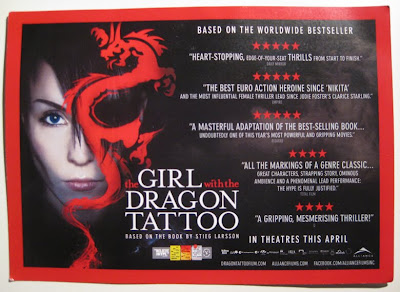 Having seen it now, I can say that even though the high praise on the above pass is a tad hyperbolic, I find I can’t necessarily disagree with it either. As far as thrillers go, The Girl With The Dragon Tattoo is pretty exceptional.

I think the best word to describe Girl is substance. I don’t know if it was due to director Niels Arden Oplev’s skills, the performances or the story (maybe all three), but this film had a definite weight to it. Even though the subtitled exposition was coming fast and furious in the first act, it unfolded with an intelligence that is rarely seen these days. You know how I know this was a well told story? Well, it’s because I could still follow it, even though there was a FUCKING JACKASS behind me using his popcorn bag as a percussion instrument for the first half of the movie. Seriously, how can people be so ignorant? This is a public place, not your living room - SMARTEN UP! When I become ruler of the universe and after I’ve done away with all the rapists and child murderers, those guys are next to be strung up by their short and curlies. 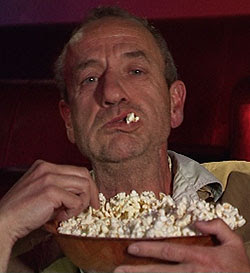 Anyway, where was I? Oh yes. Before you go thinking that Girl is just your run-of-the-mill thriller, I should warn you that this is some dark shit. Whenever I go a spell just ingesting Hollywood fare, I tend to forget just how different European films are. Let’s just say they don’t handle you with kid gloves and you should be prepared for that. The performances are solid in this film, right down to the tiniest roles. Noomi Rapace, as the tattooed title character, is fantastic here. It’s a meaty role and kudos to the casting department for finding an actress who can change between vulnerable and dangerous so effortlessly. What an awesome pair she and her co-star Michael Nyqvist make in this film. 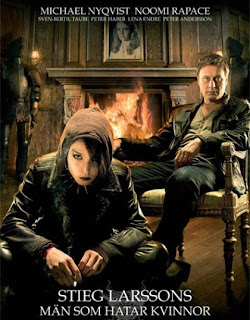 After researching the series, I found that the remaining two books (The Girl Who Played With Fire & The Girl Who Kicked The Hornets’ Nest) have not only already been adapted, but Lisbeth & Mikael both return in them. It makes me so happy to know that I get to tag along with them for two more films.

I really don't have much negative to say about The Girl With The Dragon Tattoo. The main conflict ends about twenty minutes before the film does, so the stretch after does feel a little draggy, but considering they were adapting a novel and it’s all engaging stuff I'd rather they cover it, than leave it out. There were some moments where I felt a few seconds ahead of the narrative, but there were twice as many where it went in an unexpected direction. I know Hollywood has already latched onto this series and good luck to them. Besides the fact that their foreign remake record is rather dubious, if there is an actress in Tinseltown that can better Rapace in the title role, I haven't seen her. 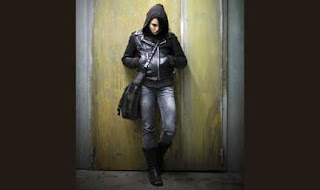 As far as I'm concerned, if you like the thriller genre at all, The Girl With The Dragon Tattoo is a must watch.
Posted by Jay Clarke at 10:02 AM