Okay, a brand new year has started and with it comes an upcoming crop of genre titles. Looking ahead, I see there are quite a few I'll probably check out, but here below, in no particular order, are the ones I'm most excited about. Click on the titles for more info. 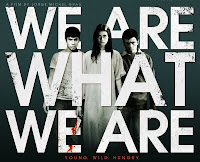 We Are What We Are (TBD)
This Mexican effort has been on my most anticipated list for quite some time, as I'm still pissed I had to miss it at Fantasia last year. I've heard nothing but good things, the best praise being that this film does for cannibals what Let The Right One In did for vampires.

Dream Home (TBD)
This Hong Kong horror is another one I missed at Fantasia. I've heard it to be chock full of chills and shocking violence, which sounds right up my street.

Red State (TBD)
I saw the trailer for this recently and I have to say that it does not look like a Kevin Smith movie. However, after Cop Out, that might not be such a bad thing. As its release draws nearer, I find myself more and more curious to see how he handles the horror genre.

The Dibbuk Box (Oct 28th)
This ghost story based on an actual event, involving an object sold on Ebay a few years ago does intrigue me. This is Ole Bornedal's next picture after 2009's small town stunner Deliver Us From Evil. Couple that with Ghost House's watchful eye and I have high hopes. 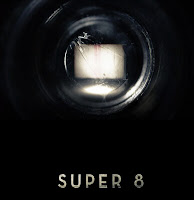 Super 8 (Jun 10th)
Due to Amblin Entertainment's involvement, some people seem to think this might be something as significant as E.T. or Gremlins. My hopes are not as impossibly high. I'd be happy with something in the range of Cloverfield.


The Thing (Oct 14th)
A straight remake would've have been something I had no time for. However, a prequel I can deal with, especially when you populate the cast with authentic Norwegian actors and breath of fresh air Mary Elizabeth Winstead. 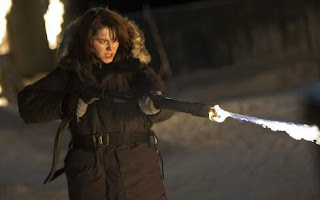 There are also the inevitable slew of sequels and remakes on the way this year. Here are a few that will be plausibly positive. 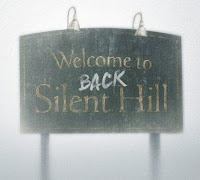 Silent Hill 2 (TBD)
Being one of the few who actually liked Christophe Gans' 2006 adaptation of the video game, I shall at least give this one a look. Director Michael J. Bassett at least has a good track record, with previous genre films Wilderness and Deathwatch.

Paranormal Activity 3 (Oct 21st)
Sure, why not? I enjoyed the first two flicks, so why not support it until it gets stale.

Scream 4 (Apr 15th)
Meh, might as well check this out even if it does seem unnecessary. The trailer at least looks promising and it doesn't appear that the story hinges on something lame like Sidney turning out to be the killer.

Piranha 3DD (August)
I didn't actually know this was happening until I was compiling this list. With Alex Aja's absence though, I find it hard to believe they can up the ante on the gore and nudity. That's what got butts in the seats in 2010, not the limp 3D.

Don't Be Afraid Of The Dark (TBD)
This redo of the 1973 TV movie is produced by Guillermo del Toro. He has an impeccable record when it comes to ushering in new talent, and anyone who saw director Troy Nixey's Latchkey's Lament knows these two should go together like peanut butter and jam.

Fright Night (Aug 19th)
I had no interest in this, until the cast was announced. Colin Farrell as Jerry Dandrige, David "Dr. Who" Tennant as Peter Vincent and Chris Mintz-Plasse as Evil Ed? Throw in the striking Imogen Poots as the love interest and you have my attention.

Hellraiser (TBD)
Ugh, I actually don't know why I even put this on here. Unless the trailer wows me, I will never see this thing. That image of the new Pinhead was a fucking joke. Like seriously, are you fucking kidding me?

These last three are flicks that I have been endlessly waiting for. 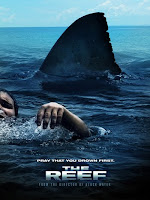 The Reef
There's still no release date of Andrew Traucki's newest aquatic horror. Presumably, it is still doing the festival circuit, so maybe it will show up in Montreal come July.

Bio Slime aka Contagion
I'm sure you are tired of me asking about what is going on with this flick. Believe me, I'm sick of asking. Release the damn thing already! 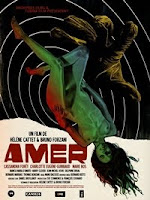 Amer
This currently sits atop my most wanted list right now. I'm actually starting to get angry that this film has still not played on a screen in Canada. This looks like it was made for me, and the cinema Gods are still withholding for some reason.


It looks like it's going to be a busy year of dark rooms with sticky floors and I, for one, wouldn't want it any other way.
Posted by Jay Clarke at 7:38 PM

Looks like some great movies coming out in 2011. I'm very curious about the Thing Prequel...however, I'm mostly excited for Amer, Don't Be Afraid of the Dark, and Red State.

You can grab a UK release of Amer at the end of this month, or wait until the end of March to get the North American release.

I pre-ordered my Blu from amazon.co.uk a couple of weeks ago :)

@FearFinder - oh for sure I'll buy the Blu-ray, but I wanted my first viewing to be on a big screen.