While I am doing a backup for my ailing PS3, let me get to this week's interesting items.

My buddy Darryl sent me a link to a cool musician's site this week. It is shocking to me that I'd never heard of Umberto before, as their stuff is right up my alley. The band, based out of Kansas City, takes the Italian-electro vibe pioneered by Goblin and runs with it. The result is some trippy stuff that would totally seem at home in any Argento film. Check out some samples below.


You can also see some live footage of Umberto from Halloween 2009 by clicking here. To check out Umberto's Myspace (I know, right?) page, you can go here.

I wanted to pass along something that I found on Rue Morgue's news feed recently. It is a link to the site of graphic artist Sean Hartter, who has a penchant for creating movie posters from alternate realities. By that I mean, what if Alfred Hitchcock had made Halloween? Would its poster have looked something like this? 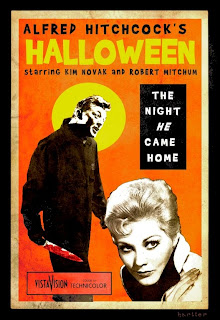 Neat, eh? Here are some more interesting ones. 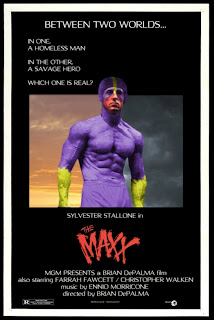 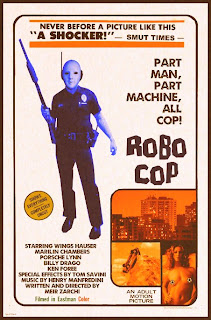 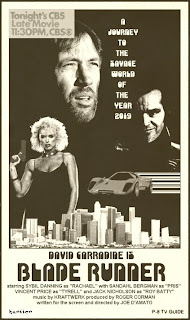 To check out the rest of Hartter's stuff, click here.

As you may remember me saying, last year's Fan Expo was a logistical clusterfuck. It was a record turnout, held in a smaller space, so egregiously long lines were prevelant all weekend. A lot of people were even turned away at the door! Well, event coordinators Aman Gupta & James Armstrong have seemingly learned from their mistake and have taken strides to rectify the situation. This year, the Fan Expo has not only booked a larger space - the whole Metro Convention Centre South Building - but has also extended the convention an entire day. Fan Expo 2011 will now spread its geekdom over four days, running this August 25-28. It's gonna be huge! For more info on the Expo, click here.
Posted by Jay Clarke at 11:18 AM

Dear Lord...I'd hate to think what Meir Zarchi's version of ROBO COP would have been. :P