There's a cool thing currently going on over at Final Girl. Stacie has decided to illustrate, in her own inimitable style, every death in the Friday the 13th series. Here's a sample showing one of Jason's more memorable kills. 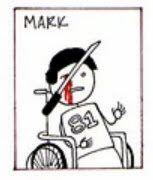 She has been showcasing them one movie at a time, so click on the links for her renditions of Part 1, Part 2 and Part 3.

The Vicar of VHS put me onto this great site called Monster Brains. It is a site that focuses mainly on genre art and is brimming with movie posters, illustrations and all sorts of cool stuff. The specific post that got me hooked was this one, featuring vintage posters. Here are a few of my faves below. 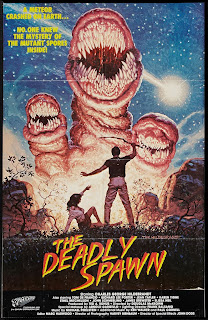 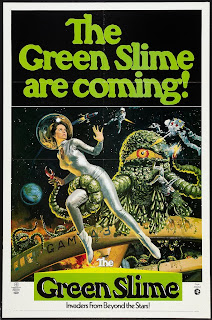 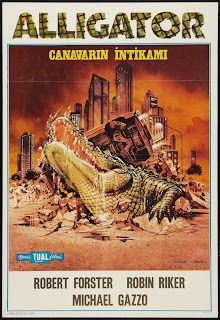 Check out the marvellous Monster Brains out for yourself, by clicking here.

I have talked before about the film I worked on a few years ago. My friend Darryl Shaw's Android Re-Enactment has finally emerged from its lengthy post-production process and is now ready to be unleashed on the world. Recently, it has enjoyed a good amount of coverage. Todd Brown was kind enough to feature the trailer on Twitch and due to its significant influence online, the trailer soon feathered out via links, to other popular sites like io9 and Quiet Earth. Now, the story of Android is now in print. The Toronto Star just did a story on local indie film productions and Android was featured. See below for a scan of the article. I'm afraid the print is pretty small, so click here for a transcript.

Yesiree, exciting times.
Posted by Jay Clarke at 10:30 AM

That Deadly Spawn poster is to die for.