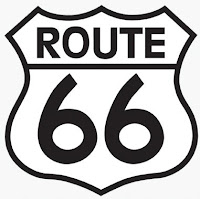 It's a little slow around here this week, so I thought I'd talk about what my good buddy Schwartz has been up to. He recently drove down to Los Angeles with his wife for a few months and has been taking in the ample sights and sounds. This was not his first visit to Lalaland, and he's always telling me about all the cool screenings that happen down there. There are several theatres that play vintage horror flicks and since a good deal of the filmmakers live in the area, a lot of them show up. That's not to say Toronto doesn't have its share of special guests as well, but LA is LA, right?

Anyway, during the holidays Schwartz checked out a screening of Christmas Evil at the New Beverly Cinema with writer/director Lewis Jackson in attendance. Schwartz transcribed the Q&A over at his blog Cartoon and Horror. Though I cannot condone my friend's statement that Christmas Evil is superior to Bob Clark's Black Christmas, I am certainly envious of him being able to go to this. 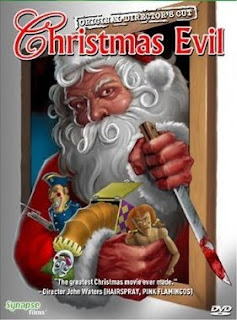 At the Q&A, Jackson maintained that he came up with the idea for Christmas Evil in 1970, after smoking a joint and having a vision of Santa with a knife in his hand. For a long time, Jackson blamed the film for ruining his career. Even though the movie played for eight years on New York's infamous 42nd Street, Christmas Evil got him blacklisted for the movie's unpopular representation of Santa Claus. Although, due to its becoming a cult classic - the film's most notable supporter being director Jon Waters who proclaims Christmas Evil is the greatest Christmas movie ever made - Jackson has had his career revived in recent years and is currently working on a sci-fi project.

For Cartoon and Horror's full coverage of the event, click here.
Posted by Jay Clarke at 12:45 PM

Thanks for posting, Jay! I wish I could have actually transcribed his exact words, but it's the best I could do. I now have an HD Flip camera so I can film any other Q&A's. Some of the q&a's coming up are a William Friedkin Q&A for French Connection/To Live and Die in LA, M Emmett Walsh Q&A for Blood Simple, a bunch of Edgar Wright Wright Stuff 2 Q&A's, a Return of the Living Dead signing. I'm sure there are a bunch more.