Say Hello To My Little Friend! 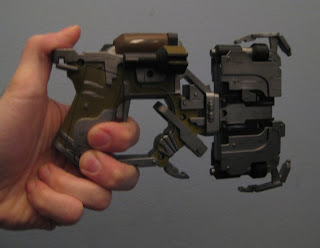 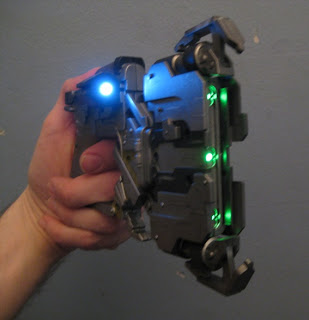 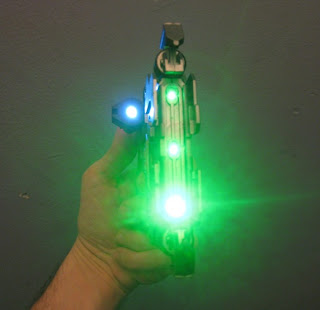 The plasma cutter from the Collector's Edition of Dead Space 2.
Posted by Jay Clarke at 10:06 AM

That is pretty cool. I have the first game but I have yet to finish it. I'm stuck on it at the moment.

That is amazing! I wish I had money for it. It'd be pretty cool if you could use it during gameplay.

Heather, I also haven't finished the first one yet. I've dedicated some time in February to finishing Dead Space and Ghostbusters the game.

@Heather - you're not the only one whose had problems, I have several friends who found it too difficult. Guess I have a knack for strategic dismemberment -- must be a Clarke thing!

@Schwartz - OMG, I hadn't thought of that! That WOULD be amazing. Extraction came with the package, how hard could it be to snap that on a Move controller?

I know what to do at the part I am stuck at, it is just a matter of doing it. I need to throw with my telekinesis, which I'm not very good at.

I also have the Ghistbusters game Schwartz. I haven't played it much but I have liked it so far. What do you think of it?

Can you use that to taze hippies?

@Heather - I love the Ghostbusters game. Maybe even a little more than Dead Space. It really does feel like a sequel to the movies. I just hope by the end of the game I get to stop around NY in the Statue of Liberty.

Now I'm on to Dead Space. I just spent an hour trying to get through level 5. I got stuck so many times...kept getting killed by a regenerator monster thing. Those things are a pain in my ass.

Come on, Isaac is counting on you! I really haven't had much time to play DS2, but am currently on Chapter 7.