It Came From The Archives 8!

I've been to England, my ancestral home, three times in my life. The first was with my father in 1985. The highlight of the trip – apart from a three-day jaunt to Paris – was visiting The London Dungeon. It was, in a word, brilliant. Back around that time, I was not only a burgeoning horror fan, but also really into Medieval history, so this was a double shot of awesome. The reason I bring this up is due to what I uncovered during my last excursion into the archives. 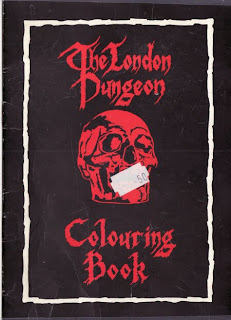 Even when procuring this at the tender age of ten, I knew how absurd it was. Let’s talk this out, shall we? Who uses colouring books? Children, right? Okay little ones, I hope you've got your red crayons ready! 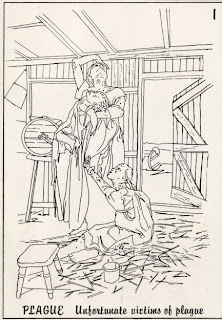 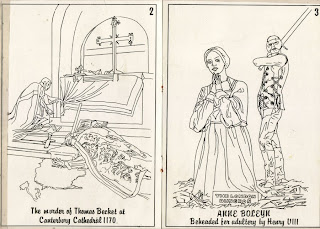 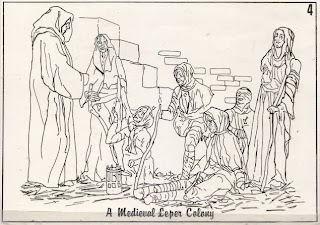 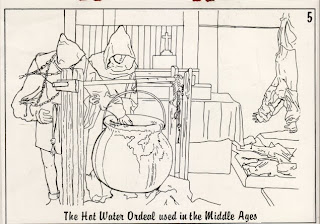 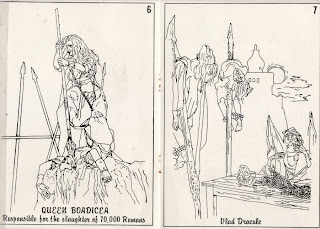 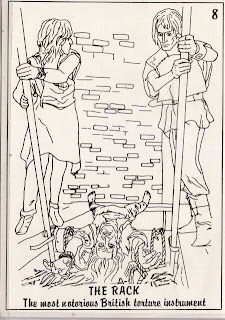 I wasn't really much of a colourer as a kid. I liked to draw. Not well, of course, but I enjoyed me some scribbling. That is probably why this book is still unmarked, save for the last page below. 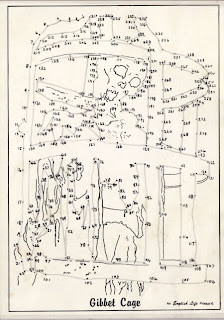 I also found some photos from the trip. The first two are shots of the exhibits detailed in pages six and seven of the book, and the last one is my favourite. 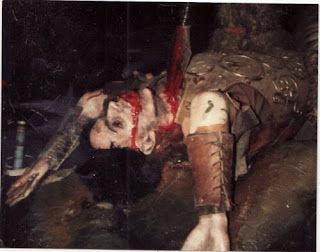 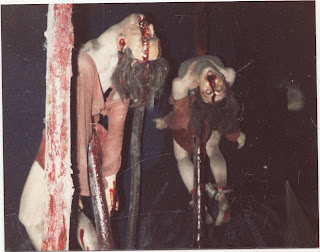 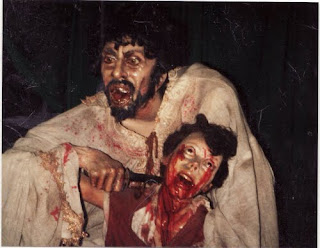 The knife was on a motor, which made the figure make a slow stabbing motion. I have a vivid memory of asking my dad to wait until the blade was in the kid's neck before snapping the picture. Ah… Good times.

These last few pictures are from my second trip to England in 1990. 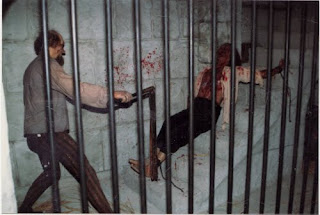 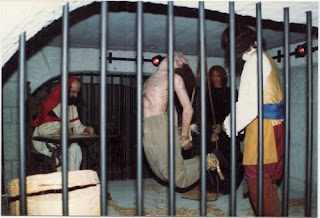 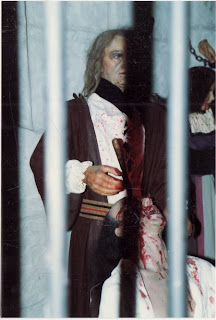 I think those may have been from a Medieval exhibit at Madame Tussauds or something because I'm pretty sure I didn't get to The London Dungeon then. However, I did get back there on my next trip in 1996. I took a one-day excursion to London by myself, and made a beeline for it. This time I was ecstatic because there was a Jack the Ripper exhibit. A tour guide walked us through recreations of the five crime scenes and recited all the gory details from those dark days of late nineteenth-century Whitechapel. Sadly, I don’t have any pictures from the tour. It wasn’t the same attraction they have there now, as I don't recall there being any of the theatrics described on Wikipedia.

Who knows when I get back there again. From what I hear, The London Dungeon has become quite the tourist trap. Maybe it always was and I was just too young to realize it. Regardless, I had a blast and hope you enjoyed this look back at what once was.
Posted by Jay Clarke at 10:05 AM

The last few pictures are from the Louis Tussaud's wax museum (now closed) in Niagara Falls, Ontario. Do you have another pictures from there? Feel free to contact me at timothywrandall@gmail.com

My Fther was th sculptor there and I know them very well. It's a whipping scene, the strapedo and the eye-guy is from the Spanish inquisition exhibit!

Thanks for the info, those pics must have got in with the ones from TLD, and I just assumed they were from my Euro trip.

Those pics are the lot I'm afraid. I wish I'd taken more at the time.

Heyy would you be okayy with a band potentially using some of the pictures you took in the dungeons to make an album cover? If not it's oki though:)
Many thanks, Harold