While we enjoy record highs here in the GTA, here are some genre tidbits to keep you all fed.


For those of you who have not yet had the pleasure of seeing Resolution, Justin Benson & Aaron Moorhead's genre bending effort from last year, you'll get your chance when it releases on VOD and theatres on January 25th. In the meantime however, here is a newly released poster for the film. Great stuff! 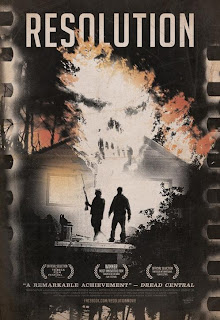 Okay, This Is The Last One.


One of the nice horror surprises of 2010 was The Last Exorcism. Supported by the performances of its two leads (Patrick Fabian & Ashley Bell), it was a resounding success at Toronto After Dark that year. So, this year brings the release of its sequel, aptly titled The Last Exorcism Part II. Reprising her role as Nell, Ashley Bell looks to raise some more hell. Here below is an promo image and trailer for the film, set to hit theatres March 1st. 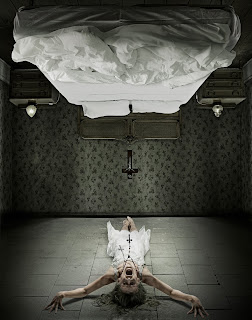 
I mentioned earlier this week that Panos Cosmatos' 2010 mind trip Beyond the Black Rainbow recently hit Netflix, and the synth score was by far its strongest element. After looking around YouTube, I managed to find a few samples on which to feast your ears.