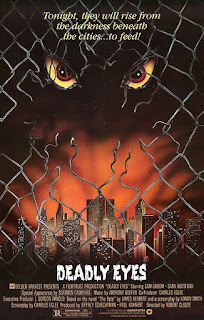 To celebrate this milestone I wanted to showcase one of the places used in the movie. Having been shot in Toronto, Deadly Eyes uses countless recognizable locations, but one of the more striking is The Regent Theatre (formerly The Crest) in Davisville. This theatre was home to the climactic scene where the giant rats chowed down on some unsuspecting moviegoers taking in a Bruce Lee marathon. It took me a long time to track down which theatre was used, but thanks to some exhaustive research and the help of star Lesleh Donaldson pointing me in the right direction I was finally able to find it.

It then took me a while to get out there, but thankfully Scarlett Sahota's anime screening series gave me ample reason to make the trek. The Regent has undergone some renovation over the last few decades, but some attributes are still the same. The front facade still sports the “M” shaped marquee, but the stained glass windows that Donaldson's character crashed through in the film have since been replaced.

Walking into a place you have seen onscreen is always surreal. I talked with the employees to gain access to the balcony and none of them were even aware their workplace was once crawling with Dachshunds dressed as rats. The box office and concessions are still in the same spot and two archways have been added just inside the entrance to the house. 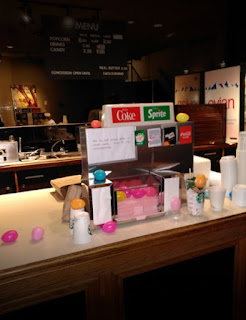 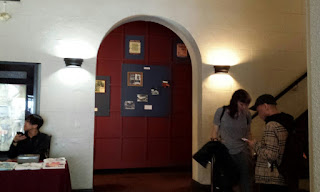 The main thing that still remains the same are the railings on the staircases leading up the balcony where Lisa Langlois met her unfortunate end in the movie. 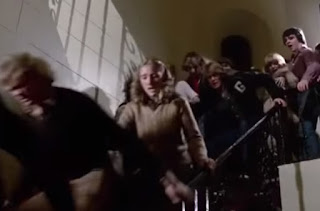 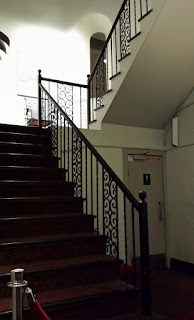 The balcony is where all the rat action happened and save for some reupholstering it still looks pretty much the same. 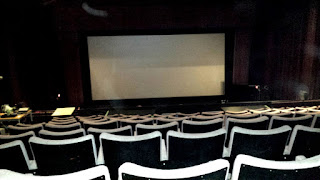 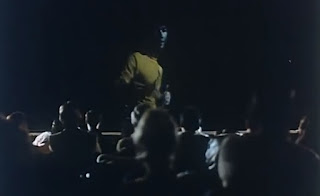 This area right below in the foreground is where I suspect Langois and Joseph Kelly were sitting during their make-out scene. 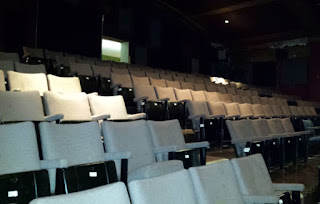 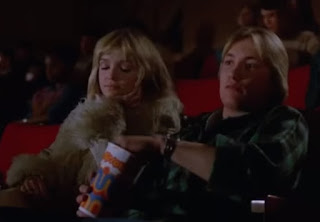 The Regent is a much larger theatre than I was expecting, and to be honest one of the nicest movie houses in the city. Having been around since 1927, after stretches of inactivity and a run as a playhouse, it has now become a Davisville icon and community hub.

Even though the guys at Trash Palace have screened Deadly Eyes numerous times on 16mm, my dream is to someday see the Canadian classic unspool at The Regent.
Posted by Jay Clarke at 10:00 AM

Awesome work Jay! Great to see that this place is still going. Would be fantastic to have a Deadly Eyes screening there too!