Author Grady Hendrix's newest book Paperbacks From Hell hit shelves a few weeks ago. His last two publications Horrorstör and My Best Friend’s Exorcism were terrific and I was eager to see him tackle the world of non-fiction, especially an area as intriguing as this. 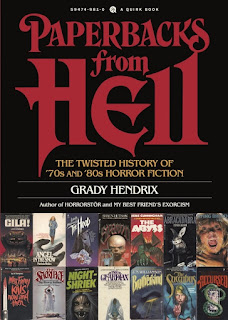 When I first heard about this book what struck me immediately was the outstanding concept. It was so simple and not even something I thought I needed until all those crazy-ass covers were paraded in front of me. I suppose it should have been no surprise that Paperbacks From Hell would be of interest to me given the nature of this blog. I may not be the most well read individual, but the similarities between perusing the eighties video store and the seventies fiction bookshelves are not lost on me. But more on that tomorrow.

Right now I’m talking about this tremendous book. Within the first few pages, Hendrix was telling of a novel about Nazi leprechauns (Gestapochauns!) and I was like, this is everything I ever wanted! 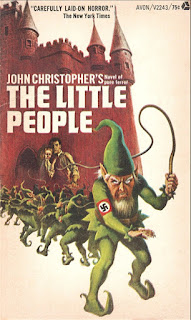 Paperbacks From Hell was very well laid out into chapters covering all the genre mainstays, including satanism, haunted houses, creepy kids, killer animals and vampires. Hendrix charts the history of the pulp paperback novel from Ira Levin’s publication of Rosemary's Baby in 1967 through to Thomas Harris’ The Silence of the Lambs – whose subsequent film adaptation came right before the horror market crash of the early nineties. Perhaps most admirable is that it appears that Hendrix actually read the majority of the books in this tome. 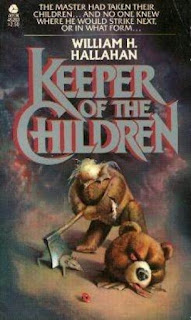 There are a list of reasons why I loved this book, but chief among them are two. First, the presentation was wonderful, as I guess it had to be. You can’t have a book about colourful and provocative cover art and not deliver, but Paperbacks From Hell over excels in this department with all manner of the brazen and ridiculous. As Will Errickson points out in the afterword “you may have compiled a lengthy to-read list” and he was absolutely correct. My review notes basically turned into a wish list by the second or third chapter.

Secondly, I really appreciated the recurring mention of British author James Herbert. I’ve prattled on about him here many, many times largely because despite being the most successful horror novelist in the UK, he has never gotten his due across the pond. Within the pages of Paperbacks From Hell, he's treated like the horror giant and pioneer he was. 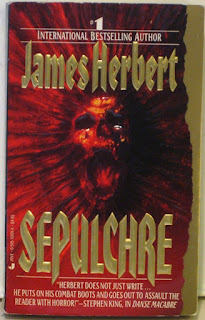 Considering the amount of absolutely bonkers stories are held within this book, it is amazing to me that more of them weren’t adapted to the screen. Shaun Hutson’s 1982 novel Slugs was adapted by Juan Simón (of Pieces fame), but an even more nutty looking title of his called Spawn was not. 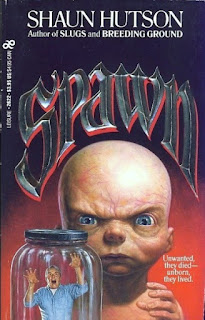 Then again, I suppose I understand. In a film, you are limited to what you can put onscreen whereas imagination has no bounds within the pages of a book. Case in point, take this scenario from J.N. Williamson's Brotherkind;

“Rubin unravels the conspiracy: alien greys have teamed up with the Men in Black, Bigfoot and the Mothman to seed humanity with alien/human babies. P.S., they're not aliens at all, but part of a hidden race that we used to call fairies.”

This is true insanity. And back in the day, readers couldn’t get enough of it. 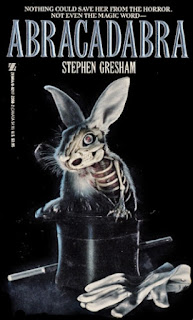 Paperbacks From Hell was a fantastically brisk read, an even better resource and I fully guarantee that you will have made your own list by the time you reach the last page.
Posted by Jay Clarke at 10:00 AM