This year, Toronto After Dark continued its tradition of showcasing short films from Canada and around the world. This was shorts programmer Shannon Hanmer's inaugural year (as former programmer Peter Kuplowsky has since moved onto curating TIFF's Midnight Madness) and she brought her A game. Here were some of my faves from this year.


The homegrown crop was especially strong this year. Toronto dynamo Justin Harding continued his streak of excellence with his newest short, Latched. In terms of production value, this short is a huge step-up and I think it's now only a matter of time before Harding wows us with a feature. 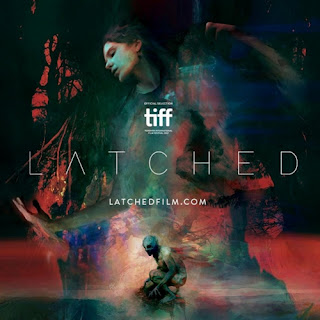 Stephane Lapointe's No Wave was the just the kind of stuff to which I respond. It was simple, dialogue driven and took something innocuous (in this case, those relaxation audio stations) and turned it into something sinister.


Shorts that played with standard genre conventions that I dug were Stephen Sawchuck's Fwd and Trevor Mirosh's The Freeze. Props to lead actress Abby Ross for channeling Katie Holmes from Disturbing Behavior in the latter.


On the science-fiction side of things, we had Phillip McKie's wonderfully colourful cyberpunk world of Breaker. 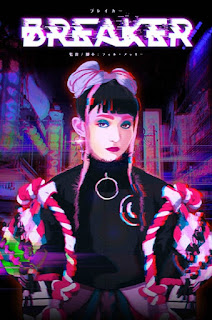 With Kuplowsky's exit, I was glad to see that Hanmer still kept some absurdity in the programme with Alecks Vujosevic's Schwartzy. Kept alive by an uncomfortably twitchy performance from star Keenan Marr Tamblyn, this short had a laugh-out loud conclusion.


Moving onto international wares, I was happy to see my favourite title from Fantasia, Natalie Erika James' Creswick, get in front of some Toronto eyeballs, as well as Todd Spence & Zak White's Your Date Is Here (which also screened at Fright Night Theatre earlier this year). 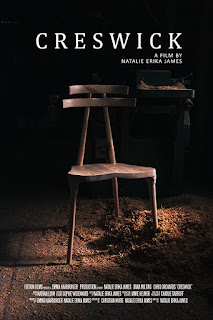 I loved the creepy intensity of James Bowsher's Withheld. It really mined the ever-growing concern we have about how vulnerable technology can make us. Adrian Selkowitz's Taste was a real standout, as well. After seeing it a few times now, I not only appreciate how good it looks, but also how well it's put together. 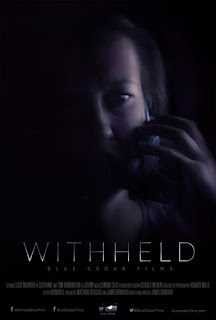 Lastly, I wanted to mention Jon Rhoads' Buzzcut. It likely cost the least out of all of these shorts I mentioned, but there was a raw energy that really won me over.


That's a wrap on another Toronto After Dark. The next one will be spooooky number 13 and you can be damn sure I will be there!
Posted by Jay Clarke at 10:00 AM