So now all of the hoopla over the premiere is behind me I can concentrate on some of the titles that have been screening at Toronto After Dark. I've decided that I'm going to focus on the indies of the fest this year. First up is Aussie Luke Shanahan's Rabbit. 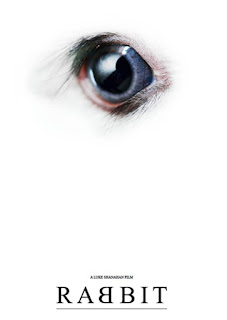 Maude (Adelaide Clemens) returns to her childhood home in South Australia when she starts having visions about her missing identical twin, Cleo.

Rabbit had a very slow and measured pace so I don't know if it will appeal to everyone, but I liked it well enough. I dug that what appeared to be a backwoods horror tale actually opened up into something more captivating about halfway through. Shanahan's script inhabited a much more philosophical space that, despite perhaps not answering all the questions it posed, certainly elevated the material.

Aesthetically, I liked everything about the film. The dark and blanketing score by Michael Darren had me right into it from the get-go and the locations and cinematography were both top notch. Shanahan definitely had a clear vision (right down to the colour palette) of what he wanted and it showed. 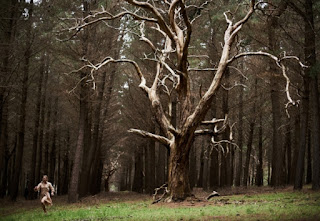 Having said that, the bulk of the reason this movie worked at all was its star Adelaide Clemens. Not only was she playing dual roles, but they also required a wide range of emotion. She kept me invested throughout, even during the stretches where I wasn't sure Shanahan was leading me. In addition to Clemens, the film was populated with a lot of wonderful and strange players with a lot of character to spare.


Rabbit was an intriguing tale, spearheaded by solid performance and presentation.
Posted by Jay Clarke at 10:00 AM