As an addendum to yesterday's post about Grady Hendrix's fabulous new book Paperbacks From Hell, I wanted to go into more detail about why this subject struck such a wonderfully nostalgic cord with me. While it is true I grew up during the head of the VHS boom, I was exposed to covers like the ones in Paperbacks From Hell before I ever stepped foot into a video store. Perhaps they conditioned me for what was to come.


In one of my first Archives posts, I spoke of George Fox's novel Amok and how it stared at me from my father's bookshelf and later the crawlspace of my family home. But there were others. The bizarre cover of John Coyne's The Legacy may be the most resonant image of my early childhood. 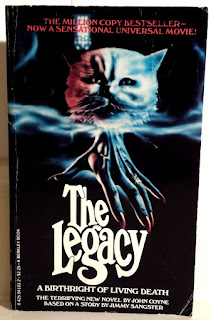 While travelling through the cramped aisles of said crawlspace I was always greeted by two other grizzly titles, Michael McDowell's Gilded Needles & Peter Tonkin's Killer. 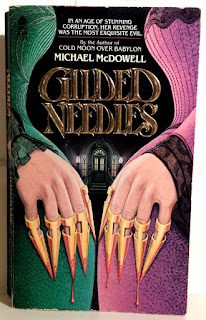 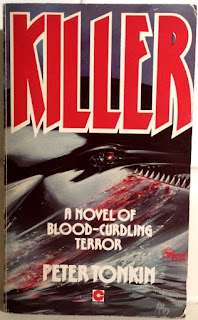 I do not how this copy of Frank De Felitta's The Entity came into my possession, I can only recall that I had seen the movie version before I knew it was originally a novel. 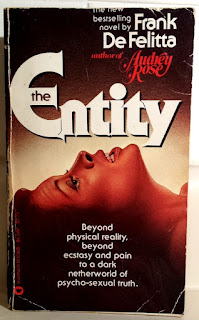 I didn't start reading actual long-form books until I was in my early teens and the first one was the original release of Stephen King's The Stand. I know right? Go big or go home I suppose. I remember that was after I had already my appetite whet by Night Shift which was given to me at the beginning of an eighteen-hour road trip to Myrtle Beach. 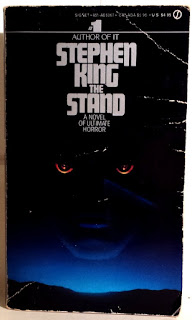 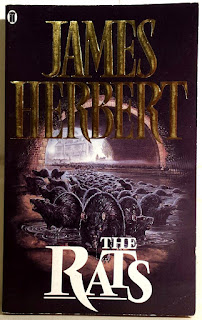 I spent a year working in a book store and passed a good chunk of my shifts reading YA stories from the likes of R.L Stine & Christopher Pike. My favourites were Chain Letter 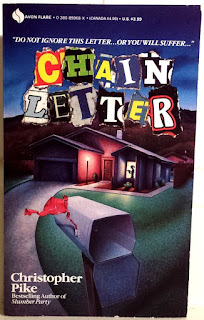 and The Stepsister. I always wondered why no one ever made a PG-13 horror out of that one.


During my book store tenure, we had a chuckle when it was discovered that one of the lawyers behind the pseudonym of horror writer Michael Slade shared my name. 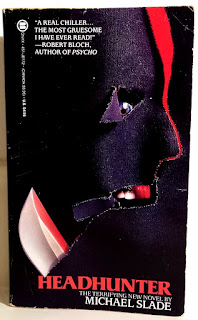 The first used book (fiction at least) that I ever ordered online was Robert Silverberg's The Book of Skulls. 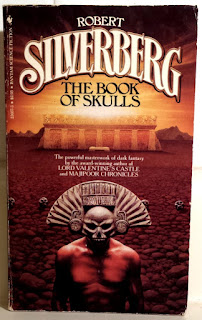 I also own several copies of The Silence of the Lambs in paperback, but this one with its die-cut cover is my favourite. 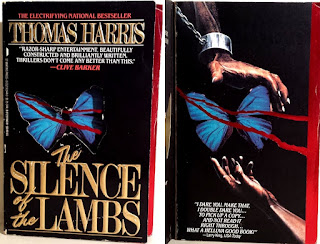 I still may not read as much fiction as I should - comics and books about film tend to dominate my reading material - but that's not to say I don't have a sizable “to read” pile going. It is a stack that is surely set to get a little higher after reading Paperbacks From Hell I can assure you.
Posted by Jay Clarke at 10:00 AM