Dirtyrobot over at Filmopia dropped this devilish meme on me last night and I felt compelled to comply, so as not to enrage the Internet Gods. You can see how this all started by going here, but the jist is…

You make nine movie-related New Year’s resolutions (yes, I know it’s late, but at least CHINESE New Year was this week) and then do a follow-up post in December, patting yourself on the back for the ones you kept and making excuses for the ones you didn’t. I’m not usually one for resolutions - I figure there are so many disappointments that happen during the year why add to it? – but this does sound kind of fun, so here goes!

1) Uphold my boycott of the Friday the 13th remake. The time for bitching and yawing about unnecessary remakes has long past, so I just don’t see them. This goes especially the ones perpetrated by Michael Bay and Platinum Dunes. Alas, I usually get talked into watching them eventually. Mikey talked me into seeing the TCM remake on DVD (big mistake!) and Serena almost had to drag me to Rob Zombie’s Halloween. This time, I hope I can be stronger. I sense it may be difficult because the Friday movies have such a simple formula that even Ze Dunes might not be able to fuck up. In the interest of solidarity though, I’ve got stick to my guns. 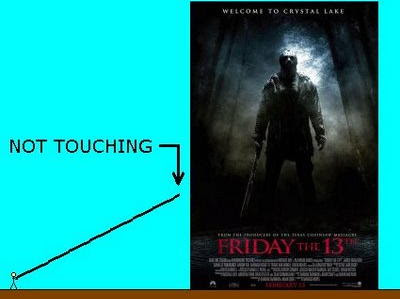 2) Schwartz and I have to get our ‘secret project’ going. In the fall, while waiting to get into The Bloor for a screening, we came up with an idea. We’ve talked much about this idea, but for one reason or another, haven’t actually DONE anything about it. Well, come February, it’ll be time to shit or get off the pot.

3) Go to Fantasia again. Last year, I got my ass out to Montreal for a weekend to take in the Fantasia Film Festival. It was an amazing experience that I am hoping to repeat. The city is great, the festival is well organized (with all the theatres being within a block of each other) and the venues are superb. Plus, it’s another reason to get pissed with likeminded individuals. 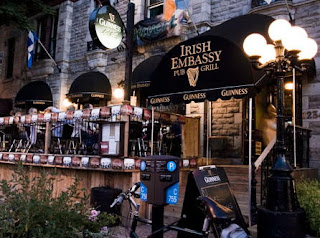 4) Read more. Now, I know that is not particularly movie related, but considering I have stuff like The Watchmen, Black Hole & Whiteout on my shelf – all of which have been or will be made into big budget blockbusters – it does fit. It is a well-known fact that reading helps your writing, so I have to get into the habit of doing it more.
5) Like Dirtyrobot’s number five, I also have an unfinished screenplay. Altercation came into being as a short story, conceived while sitting in eleventh grade Math – an apt pupil I wasn’t – and only recently evolved into a screenplay. Surprisingly, it’s not horror, more of a crime thriller (and I use the term ‘thriller’ loosely) set in a small town. The most recent writer’s block has come from trying to incorporate an additional thread to make it feature length. We’ll see if inspiration hits in 2009. 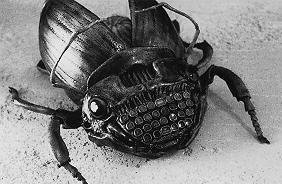 6) Watch The Wizard Of Gore. As I’ve said before, I am a long time user of Zip.ca, the Canadian equivalent of Netflix. Because there is no set length you can have a DVD, I tend to hang onto them for a while… A LONG While. Wizard has been on my coffee table since February 2008! I have been meaning to do a double bill with The Gruesome Twosome (which has been on my DVR for almost as long) and then review them, but it just hasn’t happened yet. Montag the Magnificent mocks me from his waterproof sleeve every time I sit down on my couch. I must get this done!

7) Plan for the future. As much as I love doing the Coverbox Wednesdays, there will come a day when I have run through the titles that I carried at my store. It will then be time to move onto something else. I have an extensive collection of posters, but they are all buried in my parent’s crawlspace. Excavating and then sorting out said posters will be a Herculean undertaking, but I’m game if you are. 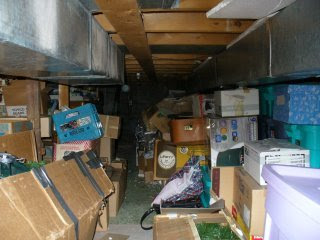 I think I can see Narnia!

8) Get Shaye to watch The Usual Suspects. I have a friend who has some sizable gaps in his repertoire. I’m not only flabbergasted that he made it through the nineties without seeing this, but also that no one has blown the experience for him up to this point. I think Donnie Darko is up first, but I have to make Singer & McQuarrie’s crime masterpiece a priority.

9) Orchestrate a movie night. This is one of the hardest to accomplish on the list and probably won’t happen, but I figured I’d put it on because I’m out of ideas. The main problem is that I live an hour away from the people I would invite and none of them have cars. It’s a shame because I already have the first event all dreamed up… a celebration of VHS featuring my man Sam. 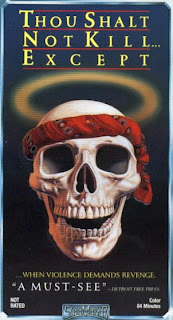 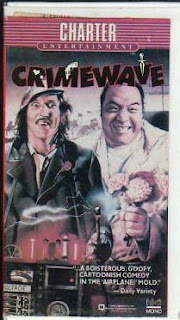 PLUS some choice selections from the Renaissance Boys early shorts including Cleveland Smith: Bounty Hunter and Attack Of The Helping Hand!

Okay, done. We’ll see how this goes. I figure it’s a bit late to be tagging other people at this point, but I’m going to do it anyway. Serena Whitney at Killerfilm and Mermaid Heather, you’re it!
Posted by Jay Clarke at 5:58 PM

I'm definitely with ya on hittin' Fantasia again this year... good times.

And I'm curious about WIZARD OF GORE, the version I saw was a work in progress, including green screen and props in place of FX... but on second thought I'm not that curious... :/

you are far braver than i... i know i'll be first in line for the friday the 13th remake... and every other remake they throw our way. i'm weak... *sigh*

If boycotting is to come about for anything, I would put my vote in for Saw 6 coming up this halloween. Enough is enough and im tired of Trick 'r Treat getting pushed back because they dont want to compete with the sawchise. I'll be happy to make banners for boycotting it... something with a tagline such as "You know its going to suck. Stop kidding yourself."

yeah, I'm with you there Wes, Saw 3 was the last one I took in. Not a boycott persay, I just couldn't be bothered to check out the last two. Though if Michelle had won Scream Queens I may have seen Saw 6 just out of curiosity.