I’ve always got some reading material on the go, but with all the other media available to me, it does tend to spend more time on my bedside table than in my hands. Recently though, I did manage to absorb Stephen King’s new short story collection Just After Sunset. 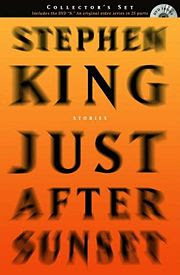 Just After Sunset is a collection of thirteen stories, most of which were written in the last five years or so. Here’s a rundown of some of the more notable ones. 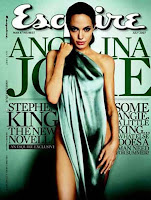 My favourite is still The Gingerbread Girl. I read it in its original form in the July 2007 issue of Esquire and it is a true page turner; definitely up there with some of his best short fiction. There’s a woman… running… from a maniac. That’s all you need to know.

Stationary Bike is one of those stories where you read it and think ‘Man, this is an idea only ol’ Steve could come up with.’ Everything about it, from the characters – real and imagined – to the narrative just screams King. This tale, about a man’s daydreams while riding his exercise bike, left me as hypnotised as the protagonist within.

Even armed with his magical imagination, King is still just an ordinary man and was affected as much as anyone by the events of 9/11. The Things They Left Behind is perhaps his way of dealing with that emotional baggage. It tells the story of a man who played hookie from work that day thus surviving the tragedy. However, in doing so, he becomes the bearer of an unwanted responsibility. Another shorter story in Sunset called Graduation Afternoon shares a similar theme of mass destruction, as well.

The story N, previously unpublished, is probably the most eerie of the bunch. Using some elements from his previous works, the format of Skeleton Crew’s Survivor Type (except instead of diary entries, the narrative is made up of correspondence and transcribed psychiatric sessions) and the spellbinding essence of Everything's Eventual's 1408, it tells of an acute and obsessive descent into madness.

There are a few ones I didn’t care for, however. Willa I pretty much had figured out five pages in – which is a rarity with King’s work – and A Very Tight Place was kind of an excessively gross retelling of Night Shift’s The Ledge, but not nearly as engaging. Overall though, Just After Sunset is a solid read, with quality bite-sized pieces of King that can be easily consumed in multiple sittings. An an aside, for the release of the book, the publishers ran an online competition. They asked for a trailer for the story The Gingerbread Girl and the winner is below. Congrats be to Red Clark; this is great stuff.

Oh, and there is one last thing I’d like to address while on the subject of Stephen King. Last year, I had made allusions to the fact I was making my way through The Dark Tower series. Well, I did and it was great, but I found it difficult to post something about it when I was finally at the other end of the tunnel. It’s a fantastic series that even gets meta-physical toward its conclusion and makes you think about how real world events (namely King’s accident in 1999) affected the outcome of his ‘white whale’ epic. It is truly mind-boggling how he worked in almost every single one of his books into the Dark Tower universe. I heard some people hated the ending, but I had a problem with neither (because there are actually two) of them. I just wanted to mention that I did get through it and it was immensely fulfilling. It was extremely cumbersome at some points, but well worth the time and effort. Hile gunslinger!
Posted by Jay Clarke at 3:04 PM

I TAG you, but it's really late so feel free to ignore it. Check out my New Years Resolution meme-thing.