Sundance wraps up today and there has been sizable buzz about a few genre picks in the last ten days or so. Last week, new stuff was released about Paul Solet’s new flick Grace starring Jordan Ladd. This movie, about a mother and her unusual child, sounds pretty effed up. And why not? Is there any stronger bond than a lioness for her cub? Consider this and Dead Snow now on my short list. Check out the new Grace teaser below.

Something I forgot to mention last week was that it was John Carpenter’s birthday on the 16th. Mr. Carpenter has been pretty quiet of late. Apart from a couple of Masters of Horror episodes, it’s been almost ten years since we’ve seen anything from the man. His next project Riot – which I believe has recently been renamed Scared Straight – about a bunch of juvenile delinquents trapped inside a prison during a riot, is in production now. From what I’ve heard it definitely has a Precinct 13/Escape From New York vibe to it, so that is reason enough to get excited. Happy 61st John!

He’s right. I Don’t Hate This. 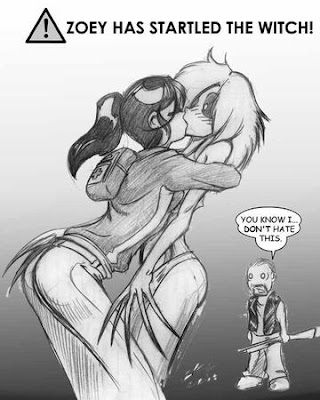 Courtesy of wegame.com
Posted by Jay Clarke at 10:11 AM