The March Of The Undead.

Sunday was the day things really kicked into high gear for me, for this day was the yearly zombie night at Toronto After Dark. This is the one night of the festival where the line-up outside is as gory as the films inside. There were ghouls of all different flavours in attendance and here’s one of a dude who was standing in front of me. 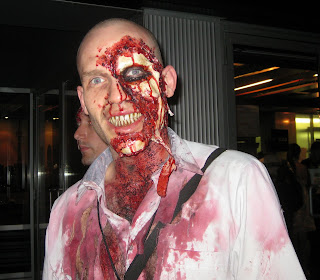 I’m always too overwhelmed to take as many pictures as I should but thankfully I’m not the only blogger in town, but more on that later. First up was the Toronto premiere of Dead Snow, which I had no problems giving a second view. The crowd in Toronto was actually more lively than Montreal’s this time. We do really love our zombies here. We had something homegrown here too, as Alberta filmmaker Spencer Estabrooks showed off his awesome looking zombie western short Deadwalkers beforehand. I had met him a few nights before and it was good to finally see the product of his efforts. It made me realize that the zombie western is a terribly untapped subgenre. After Dead Snow, was a totally independent find straight from its audience award at the Cinevegas Film Festival – TAD has spies everywhere – called The Revenant. 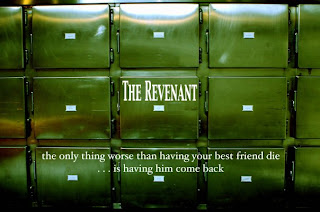 Joey (Chris Wylde) gets the shock of this life when his best friend Bart (David Anders) comes knocking on his door in distress one night. This surprise is due to his having been at Bart's funeral a few days before!

The Revenant was a real treat. I really didn’t know what to expect other than the description handed to me was 'undead buddy comedy'. Usually this type of fare relies heavily on flashy gags and gore, which this has of course, but The Revenant is largely dialogue driven. This is almost unprecedented – the first half of From Dusk Till Dawn is the last time I can recall this – and only works because the two leads Anders and Wylde are so awesome together. The film is at its best when it is just the two of them, either bickering like an old couple or working together as a two-man wrecking crew. 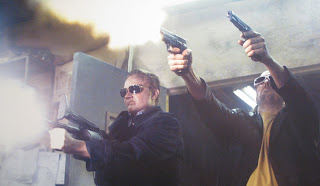 And don’t let me make you think that they skimp on the effects here. Far from it. In fact, there are some of best severed head effects I’ve seen in a while on display in The Revenant. The gags don’t come as fast and furious as they do in say, something like Dead Snow, but they are no less effective when they do. I think the only glaring negative is that The Revenant could be a sizable amount shorter. I don’t feel there’s necessarily anything wrong with these extra bits, but they end up diluting the strength of the piece as a whole. I also got the feeling writer/director Kerry Prior may not have had any idea how to end this monster he’d created, which is understandable considering how unconventional the film becomes. 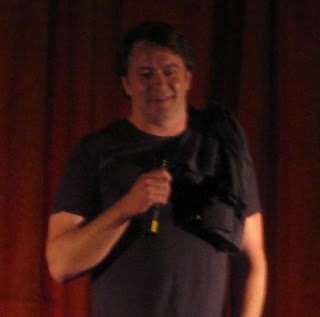 I do hope that The Revenant gets picked up by somebody. With a little editing in parts, this film could really become one of those hidden gems that come out of nowhere. It is truly a rare instance of many different things like storytelling, dialogue and genre-mixing coming together to make a delicious bullet sandwich.

For more info on the happenings this week, check out the sites of my peeps – who are way more resilient and resourceful than I – Movie Moxie and Rob Mitchell.
Posted by Jay Clarke at 10:18 AM

Wow you got some great zombie pics! The Reverant really did have some great special effects, and make up too - I found it quite impressive.

Thanks so much for the shout out, I enjoy reading your coverage!