Hey there. I hope you are having a good weekend. I've got a larger than normal DKTM for you today because there were some items I forgot to put in last week.

I found out last week that Ti West's House Of The Devil is being released on VHS. That's right, you heard me, VHS! I really have to hand it to Dark Sky Films here, I mean look at these promo images. 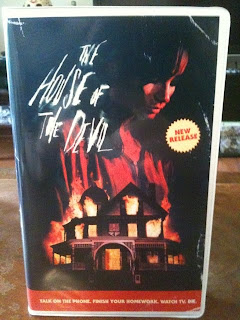 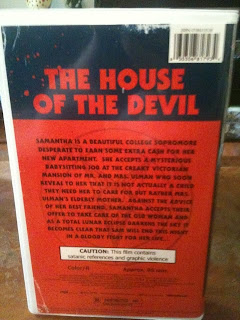 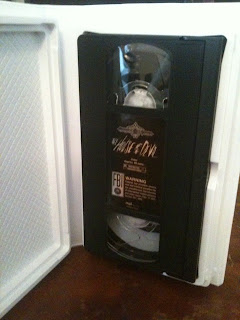 I think I even see the vintage Gorgon Video label on the cassette, for Christ's sake! The whole thing just puts a smile on my face. There will be an VHS/DVD edition available, as well as the Blu-ray. You can check them out on Amazon here.

Here's a really cool post that DirtyRobot threw up on his blog Filmopia a while back. Basically, it's a bunch of old NYC theatre marquees. You can click here to see the rest, but here are my favourites. 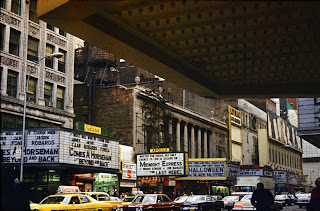 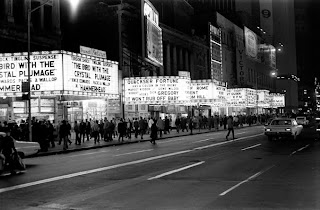 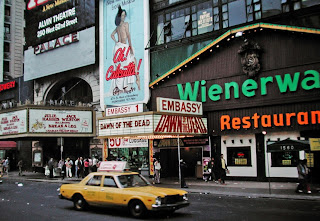 The Most Important Meal...

I saw this odd commercial earlier this week. At first I thought it was way too good to be a North American ad, but turns out it was made by Leo Burnett, the famous Chicago advertising agency. Clearly they were inspired by H.R. Giger's Alien design, but I'd say there is a lot of Stan Winston's Pumpkinhead in there, as well. See the video below.

After Dark Films announced the final film on this year's Horrorfest lineup. It is Chris Moore's Kill Theory. The first half of the trailer looks incredibly generic, but the second half does make it seem like a hybrid of Battle Royale and the Saw series, which means it's at least worth a look. Check out the trailer below.

Jason Bene over at Killerfilm recently did a post on a lesser known VHS horror title from the eighties called Twice Dead. What makes the post even more awesome is that he somehow managed to snag an interview with the film's star Jill Whitlow. You may not recognize her name, but if you spent anytime watching movies in the eighties, you've seen her as she appeared in such titles as Weird Science, Porky's and Night Of The Creeps. Click on the image below to be redirected to his great interview. 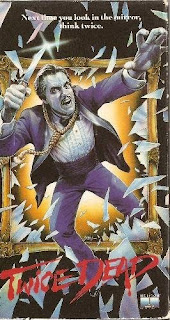 The fact that the "Disney" theater in Times Square was a filthy, sleazy man juice theater that now caters to kiddies is funny everytime I pass by it.