War. What Is It Good For?

I know it’s been a while since I’ve done one of these, but I really haven’t been watching any movies that I felt were appropriate to file here.

That is until I finally caught Ari Folman’s animated documentary Waltz With Bashir last week. 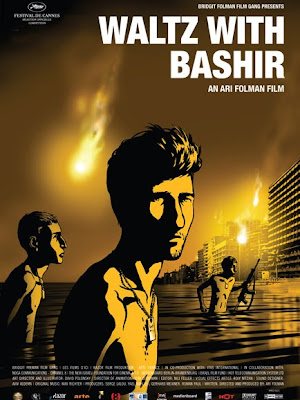 I remember it being at the Toronto Film Festival in 2008, and had it earmarked to watch ever since. Even after all this time, Zip still hadn’t felt inclined to send me the Blu-ray, but fortunately this month, it played on TMN in HD.

This is one powerful movie folks. From the very first scene, it had me.

Its main hook is its incredibly unique animation style, which somehow manages to be interchangably beautiful and unsightly. The tale is simple enough. Folman, who served in the Isreali army during the 1982 Lebanon War, is having trouble remembering anything from that time, so he tracks down others who were there to see if they can fill in the blanks. These conversations are what make up the bulk of the narrative.

Waltz With Bashir has no problem showing us the ugliness of war and the ending is especially affecting when Folman peels back the silk screen he had been using to protect us from the naked truth. There’s not really much more I can say to you, as this is a film that really just needs to be experienced. 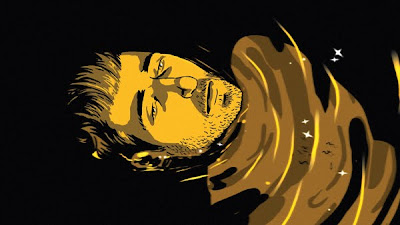