I finally saw The Lovely Bones yesterday. It seems like it took an eternity to finally make its way north of the border. So, was it worth the wait? Weelllll, kinda sorta not really. 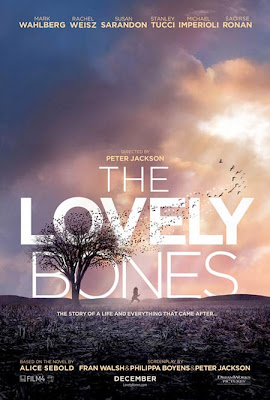 After a young girl (Saoirse Ronan) is murdered by her neighbour, she is caught in limbo between heaven and hell.

I guess I should mention that I did not read the book, so I have no reference as to how it translated, but I have an idea that the literary version was a little more resonant. Don't get me wrong, there is a good chunk of this movie (mainly the middle act) that I was into, but it felt to me there were two movies here that didn't really gel together as a whole. I mean, the fantasy sequences were pretty, but seemed a little overblown at times. I get what Jackson was trying to convey, but after a while, I just wanted it to get back to the real world and the part of the story I was actually engaged in. And that's not to say that the film felt overly long, but there was certainly stuff that could have been trimmed. Probably most surprising considering WETA Digital was involved – perhaps their A-team was working on District 9 when this was on the docket – was that the visual effects were a little dodgy at times. It bothers me when films use CG when they don't need to because it almost always takes me out of it. It's one thing to have a floating digital handkerchief in a movie like Drag Me To Hell, but when you are making a serious drama, it's best to leave the ones & zeros to the fantasy sequences. 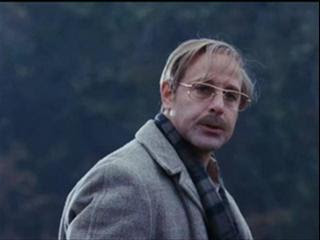 Pray he doesn't come to your neighbourhood.

The performances in The Lovely Bones ran the gamut from serviceable to excellent. Mark Wahlberg, who plays Ronan's father, was a little miscast here, having to step in for Ryan Gosling (who I still agree was WAY too young for the role) at the last minute. The highlight of the film was definitely Stanley Tucci as the uber-creepy killer, George Harvey. Aside from that, most of The Lovely Bones seemed very plain Jane to me though, like they were holding back. I'm not saying I wanted to see the more darker aspects of the book, but there WAS something missing here. Lastly, I'd like to say I found the ending really unsatisfying. It reminded me of the conclusion of 2001's The Pledge, although that film was far superior.

It's disappointing, but if someone asked me if they should check out The Lovely Bones, I would probably just tell them to rent Heavenly Creatures, as that is a far better drama in Jackson's filmography. Oh well, they can't all be winners I guess.
Posted by Jay Clarke at 11:42 AM