Last year around this time, I rhymed off nine movie-related resolutions as part of a meme that DirtyRobot dropped on me. Well, the year has passed and it’s time now to see how I did.

1) Uphold my boycott of the Friday The 13th remake. DONE. If only the whole list was this easy.

2) Schwartz and I get our ‘secret project’ going. WEELLLLL, SORT OF. We couldn’t seem to get our original idea off the ground, but we did come together and make ‘Snip’, which we think turned out pretty well.

There has been recent talk of revisiting the aforementioned ‘secret project’, but we’ll see. You’ll be sure to hear about it, if it ever does come to fruition.

3) Go to Fantasia again. DONE. In fact, this time we – that is, DirtyRobot, Serena Whitney & I – went for an entire week. It was a constant wave of patios, eats & films, which included the likes of Trick ‘r Treat, Dead Snow, The Eclipse and House Of The Devil. However, I still think it was one of the most relaxing vacations I’ve ever had. I can’t wait to go back this year. Wouldn’t it be awesome if Android Re-Enactment was in this year’s lineup? But more on that at a later date.

4) Read more. WEELLLLL, AGAIN, SORT OF. I did read, but not as much as I’d have liked to. I did get through a few books in 2009, but I still have yet to read Black Hole, which I’ve had for years. And now Stephen King’s Under The Dome is also weighing down my bedside table. Currently, I’m halfway through a loaned softcover of Chris Connelly’s autobiography Concrete, Bulletproof, Invisible and Fried: My Life As A Revolting Cock.

5) Finish my screenplay. DONE. Such as it is. Miraculously, I somehow – after a few strict all-day writing sessions – did manage to bang out the rest of Altercation. The problem is that now, after all is said and done, it is still in that dead zone between short and feature length. I think I’ll have to move onto something else, but at least it is no longer taking up space in my head.

6) Watch The Wizard Of Gore. DONE. It took a while, but incorporating it in my April Showers festivities was the extra push I needed to finally see it. I think the people at Zip must have been wondering why I’d had it for fourteen months and not at least reported it lost. Not wanting to repeat the same thing with The Gore Gore Girls, it only sat on my coffee table for seven months. Hey, it’s an improvement! I found both titles highly entertaining and are definitely among H.G. Lewis’ most colourful works.

7) Plan For The Future. IN PROGRESS. This was the most time consuming of the list, but the poster collection that had previously resided in my parent’s crawlspace is all now mounted and transported to its new home. You should start seeing them appear here by spring.

8) Get my friend Shaye to watch The Usual Suspects. DONE. Though I wasn’t there for it. It seems to me I have a better chance of hanging out with Kevin Spacey these days. I don’t think Shaye liked it that much. Ah, eff him. My resolution wasn’t Get Shaye to like The Usual Suspects, now was it?

9) Orchestrate a movie night. WEELLLLL, ONCE AGAIN, SORT OF. I didn’t have the full-fledged movie night that I wanted, but I did test the waters and have my Fantasia peeps over to watch the Hardware Blu-ray and play some vids. I’m hoping I can arrange a Shark In Venice & Uninvited aka Cat On A Cruise Ship double-bill once the weather gets better – i.e., April. 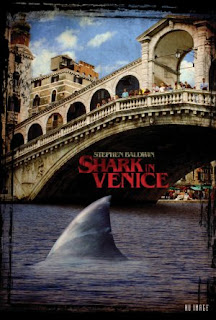 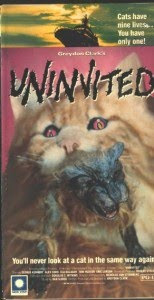 So, I’d say that went pretty well. Five positives out of a possible nine, with two in progress and two kinda-maybes. I have to thank DirtyRobot for extending the challenge because I know for a fact that without it, I would have never finished numbers five and seven.

Check back tomorrow for the first Coverbox Wednesday of 2010.
Posted by Jay Clarke at 3:07 PM

HAHAHAHAHA. I'll give it another chance on Blu-Ray this time.


8) Get my friend Shaye to watch The Usual Suspects. DONE. Though I wasn’t there for it. It seems to me I have a better chance of hanging out with Kevin Spacey these days. I don’t think Shaye liked it that much. Ah, eff him. My resolution wasn’t Get Shaye to like The Usual Suspects, now was it?

Congrats on achieving most of your goals. Even the "sort of" ones should make you feel good since most people are too lazy to get even that far.