Attack of the Killer GIF's

Well, I saw – nay… experienced Birdemic: Shock & Terror last night. I knew it was a bad movie, but I never could have dreamed it was that bad. You’ll have to bear with me, as I try to put all these thoughts into some sort of coherent order. 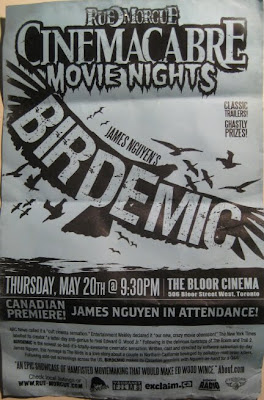 The same week Rod (Alan Bagh) meets Nathalie (Whitney Moore), their sleepy town of Half Moon Bay is attacked by a ‘platoon’ of angry eagles and vultures.

I am amazed that this movie exists. In terms of what most people set out to accomplish when making a movie, Birdemic is a failure on every level and from a technical standpoint, it is by far the worst I have ever seen. The sound is atrocious, the acting stiff and almost every single shot is lingered on for one to fifteen(!) seconds longer than it should be.

So, how the fuck did I have such an awesome time watching it?

I'm in awe as to how something this terrible, made by someone so inept, could be as entertaining as it was, but there director James Nguyen was, onstage championing his “romantic thriller” that he maintains is a love letter to Hitchcock. He’s aware that Birdemic is not perfect, but says he did the best he could with the funds available. And despite his assertion that he is not in “the message business”, his environmentalist views in the movie are overt. 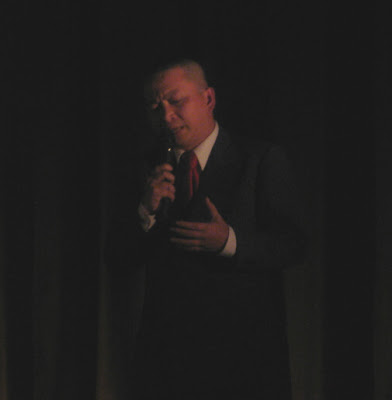 Regardless of the finished product, the story of James Nguyen is an inspiring one. He soldiered on for years, shooting on weekends and funding Birdemic out of his own pocket. Once he was done, he took to the streets during Sundance in a bloodied van, blaring the sounds of shrieking birds until he was noticed by Severin Films.

Birdemic defies explanation. From elongated sequences of Rod driving around in his Ford Mustang to the show-stealing tree hugger, the WTF moments come fast and furious. I was constantly reminded of this guy from the Birdemic trailer. 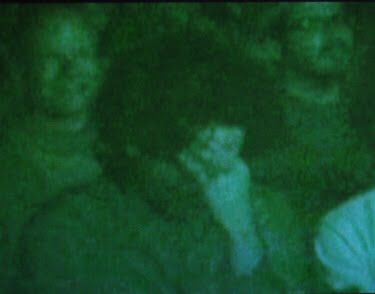 I think we actually may have missed a lot of the ‘jokes’, due to the tandem of terrible sound mixing – we’d strain to hear dialogue one moment and then cover our ears against the ear-bleedingly loud gunshots and avian war cries the next – and the fact we were laughing so hard. And then there are the birds themselves. Wow. I didn’t think I would ever see worse computer generated fowl than that of Bob Kurtzman's The Rage, but animator Yeung Chan proved me wrong last night. At first these birds of prey are truly comical, but they show SO MUCH of them that it becomes a little sad. However, by the end, it comes around full circle to hilarious again.

Ultimately, I don’t think Birdemic will outlast the appeal of something like fan fave rotten tomato Troll 2. Even though it was cheesy and completely absurd, it was at least a serviceable movie. You may laugh at that statement, but if you’ve seen Birdemic, you know what I mean. That’s not to say that I couldn't see a crowd phenomenon forming while I viewed it. There was a lot of clapping along with Damien Carter’s musical interlude and people high-fiving each other when Rod closed that big deal. It all just brings a smile to my face when I think of it. I will say that the pace is the only real problem with this movie. All its other shortcomings can be pawned off as charming, but padding the length as much as Birdemic does often kills its momentum.

Finally, I just have to wonder if this isn't an elaborate ruse and Nguyen the ingenious huckster at the center of it all. It boggles my mind that someone could unintentionally birth something this horrible. My buddy DirtyRobot brought up a great point, saying that he sees dozens of terrible festival submissions yearly from filmmakers who lacked sufficient funds and NONE of them look and sound as dreadful as Birdemic does. All I know is, if Nguyen’s stalwart sincerity is an act, he’s a thousand times better thespian, than he is a director. 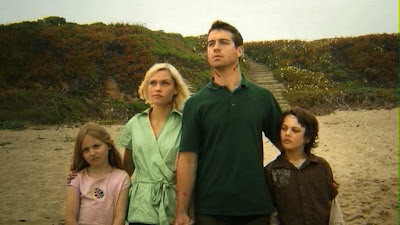 Bring on Birdemic 2: Resurrection!
Posted by Jay Clarke at 7:58 PM

Great review! I wish I could have made the screening. I suspected it wouldn't have the longevity that Troll 2 has. Hopefully there will be another screening some day.

@Schwartz - You're in luck my friend, there are two more screenings planned for June, and then monthly showings thereafter.

Um it was pretty weird because the birds look so fake even the smoke so maybe the next one might be more better :)