Hello all. It was a late night last eve, consisting of BMX Bandits, Lego Rock Band and Mario Kart, so let's get right to it.

Songs In The Key Of H.

FearNet posted a great list this week of the "10 Greatest Horror Movie Music Themes". While it is true, there were a few omissions, there is no denying how the ones included can cut to the bone and have ingrained themselves in the public consciousness. Even if you are not a horror fan, you will know a good number of these tunes by osmosis. Here's a sample.

During the recent Blair Week festivities here, I came across this awesome short on Full Moon Reviews. It's called The Growth and stars Dean Cameron (yes, Chainsaw from Summer School) and deals with the dangers of unsafe sex. The F/X work on display here is top notch. Take a look below.

Last Friday saw the opening of Toronto Underground Cinema. Three former employees of the famous (or infamous) Bloor Cinema decided to reopen an old 700-seat cinema in Chinatown that had laid dormant since the mid-nineties. Friday's event featured a totally free double-bill of Clue and Big Trouble In Little China. 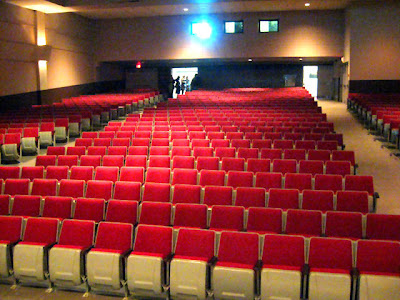 This first pic is courtesy of Jonathan Goldsbie, as it's way better than the one I took. 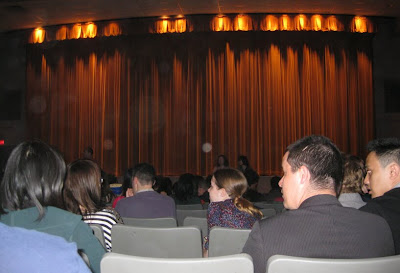 Taken from my seat.

Where the real money is made! 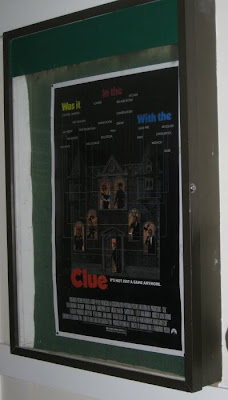 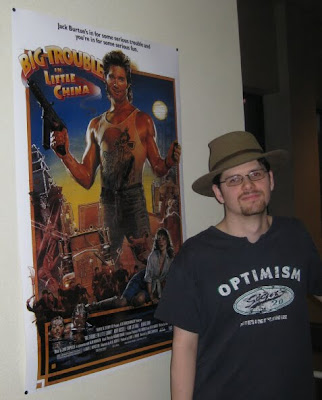 Best Worst Movie fans might recognize my friend Peter, as he was working the Bloor when the Toronto sections of that doc were filmed.


The turnout was great - although it was free and had been pimped all over local papers and Twitter, even Roger Ebert got in on the act - but I hope that all these filmgoers come back as paying customers. Underground is going to concentrate on playing not only cult films, but those of a nature that you wouldn't generally see on the big screen. I can see myself spending a lot of time here. There is a Jim Henson tribute double-bill of Muppets Take Manhattan & Labyrinth today and then Underground opens for regular business May 28th. After the closures of The Uptown, York, Paradise & Carelton, this is exactly what this town needs.
Posted by Jay Clarke at 11:59 AM