Happy Mother's Day to all you matriarchs out there. Let's see what happened this week. 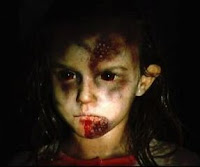 This week it was announced that the awesome zombie series [REC] will be getting two more sequels. When they were at Midnight Madness last year showing [REC]2, directors Paco Plaza and Jaume Balaguero really seemed like they didn't know what lay ahead, but I knew they wouldn't be able to resist going back to that universe. As Dread Central reported here, the two directors will be splitting up and directing a film each. Plaza will helm [REC]3 subtitled Apocalypse, which presumably continues on from where the second film left off, and Balaguero will direct [REC]4: Genesis. Judging from that title, I would expect that may be a prequel of sorts. Usually, the announcement of a sequel is a groan-inducing affair, but anyone who has experienced these two powerhouses know this is different.

Two more films popped up on my radar this week, thanks to Twitch and Quiet Earth. The first is for a British thriller called Siren.

Second, is the Mexican cannibal film We Are What We Are.

Todd Brown from Twitch has been absolutely raving about this film, comparing it to 2008's Let The Right One In, in that the horror is secondary. The filmmakers handle the characters in such a way that, even despite the ugliness of their actions, you become sympathetic to their plight. A very intriguing prospect indeed!

DirtyRobot shot me a link to this awesome Evil Dead poster soon to be available through Mondo Tees. 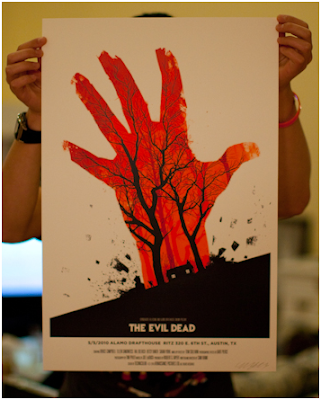 And Today, Is His Birthday.

Lastly, it's kind of fitting that it is Mother's Day, as thirty years ago today Sean Cunningham and company first unleashed Friday The 13th on audiences. It would go on become horror's most prolific series with eleven movies (or ten-and-a-half, depending on how you count FvsJ) and a (cough) reboot. I had planned to do something special for the occasion, but it didn't work out, so instead I offer you this montage of carnage courtesy of YouTube user UpperClass184.